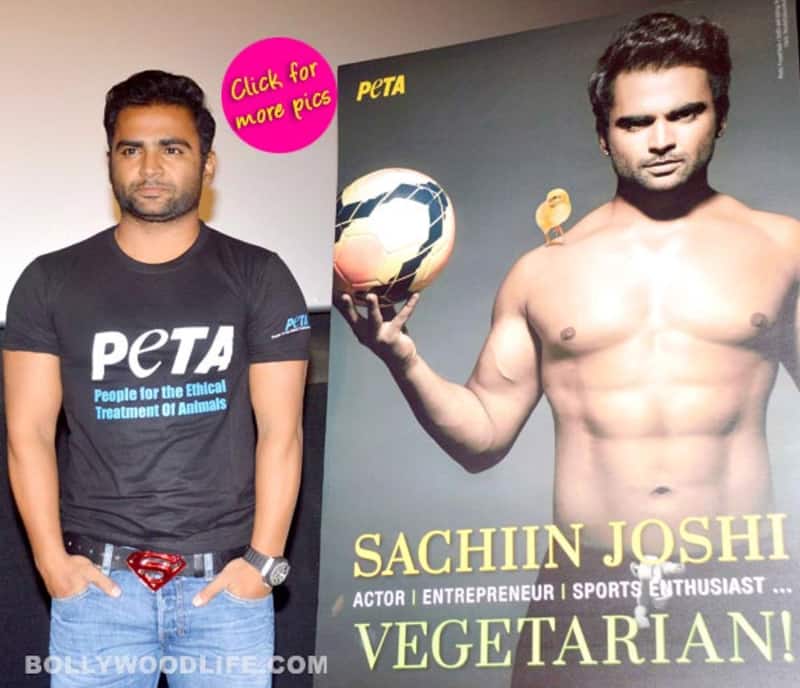 A lot Bollywood celebs are known to support PETA (People for the ethical treatment of animals). Now we hear that Sachiin Joshi, who celebrates his birthday today, has joined the likes of actors who wish to bring awareness among people that animals are to be loved and taken care of, and not killed or exploited.

Also, Sachiin is a vegetarian, which proved like an additional benefit for the cause. Also Read - 3 Idiots in Ghum Hai Kisikey Pyaar Meiin, Aashiqui 2 in Kumkum Bhagya and more TV shows who BLATANTLY copied scenes from Bollywood films to boost TRPs

In the new PETA ad, we get to see a bare-bodied Sachiin Joshi with a tiny chick on his shoulder. On being asked about supporting the cause, he said, “PETA wale vegetarians ko dhoondhte rehte hai and aise hi unhone mujhe bhi dhondh hi liya! But jokes apart, it’s a privilege to be a part of an organisation like PETA and being vegetarian by birth I feel even close to the cause. I am proud to be a vegetarian and be associated with PETA. After a lot of learning a Also Read - Rashtra Kavach Om star Aditya Roy Kapur REVEALS he didn’t plan to become an actor [Exclusive]

nd reading involved I have come to a conclusion that vegetarians have more options to stay fit especially when it comes to proteins since there are about 30 odd pulses available in the market today.” Also Read - Shraddha Kapoor finally REACTS on break up rumours with Rohan Shrestha

Sachiin also adds that vegetarians too can have a hot body. He said, “It’s a total myth and look at my body (pointing towards my ad campaign),killing animals for any reason is a wrong thing to do which is against humanity. Being a vegetarian has its advantages like you will always have a good skin, you will age slower and healthier.”

We hear that at the event, Sachiin also promoted his upcoming movie, the Telugu remake of Aashiqui 2 titled Nee Jathaga Nenundali, starring actress Nazia Hussain. The film is slated for release on August 15th. Sachiin Joshi urged people to go vegetarian on his birthday. Such an amazing way to celebrate one’s special day, hai na?