Sadak 2: Alia Bhatt wraps the first schedule with an adorable selfie with 'not so old man' Mahesh Bhatt

Alia Bhatt had earlier started shooting in Ooty for Mahesh Bhatt directorial's Sadak 2 which is the sequel to her dad's 1991 film of the same name. She will be seen with Aditya Roy Kapur, Sanjay Dutt and Pooja Bhatt and we can't wait to see them together.

And it's a schedule wrap for Alia Bhatt on the sets of daddy Mahesh Bhatt's Sadak 2. The actress who had earlier taken off to Ooty to shoot for the sequel to the director's 1991 film of the same name, and was actually completely surrounded by family while at it, has completed the first schedule of the filming process. And by family we not only mean Mahesh Bhatt and Pooja Bhatt--who she will be seen sharing screen space with, alongside Aditya Roy Kapur, and Sanjay Dutt--but also sister Shaheen Bhatt and mother Soni Razdan. Yep, it was a fam jam alright! Alia Bhatt had even shared pictures of herself having the best time and getting all the love there is.

Alia Bhatt gets a 'whole lotta love' from sis Shaheen Bhatt, mom Soni Razdan on the sets of Sadak 2

But hey, all good things come to an end and that's just how it is. Of course, this is temporary. She will resume shooting for the second leg soon but we will just have to make to do with her pictures with her 'not so old man' for now. Yes, Alia took to Instagram stories to share about the wrap and posted an adorable selfie with Mahesh Bhatt. She captioned it as, "Schedule wrap...my not so old man has more energy than the whole crew put together. Love you daddy. Until next time" and that's your cue for awws. Also Read - Trending Entertainment News Today: Shah Rukh Khan-Kajol to reunite, Sherlyn Chopra accuses Raj Kundra of sexual assault, Aditya Roy Kapur in Thadam remake and more 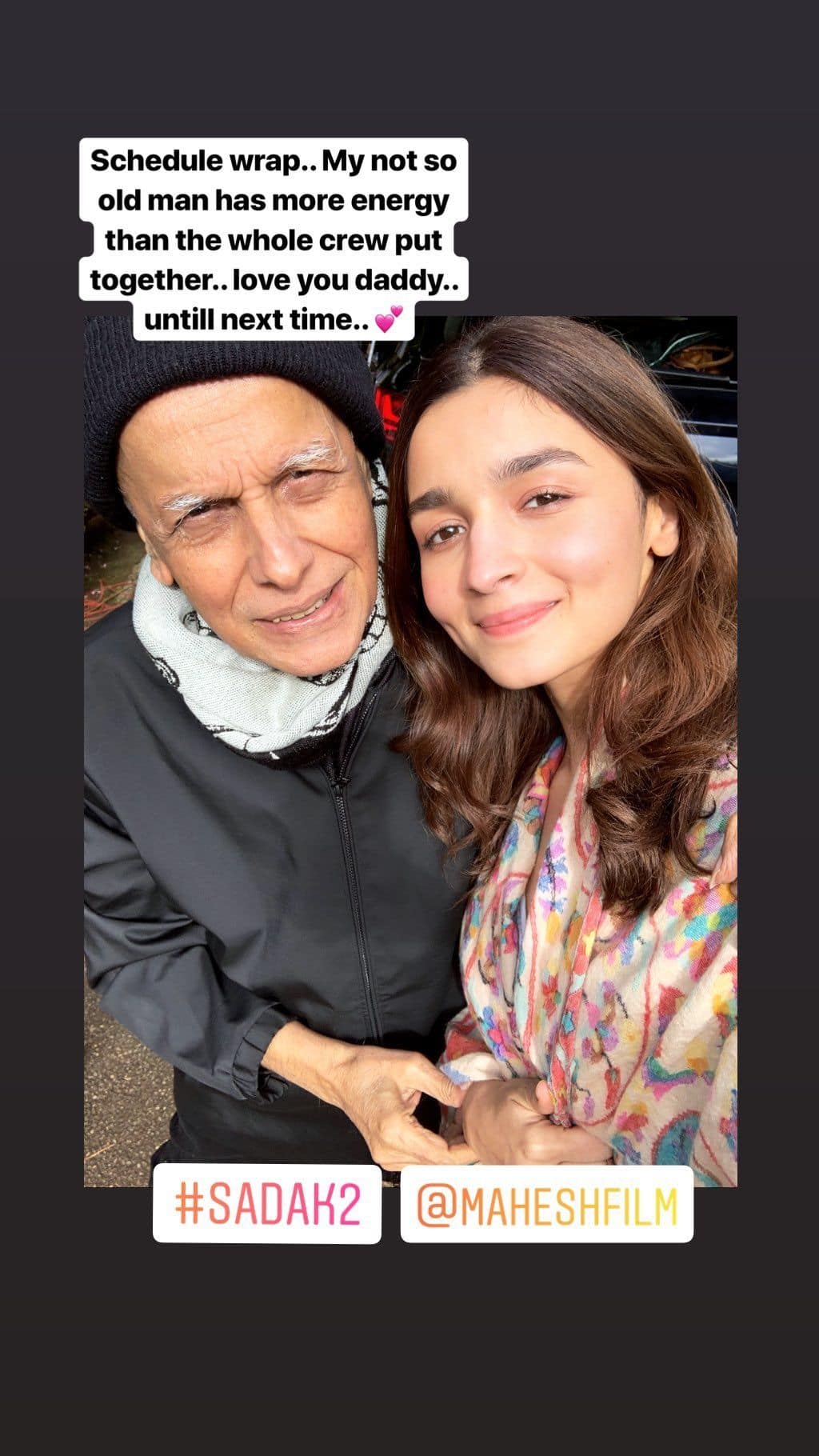 She also posted a shoe story after being joined by big sis Pooja cause why not? 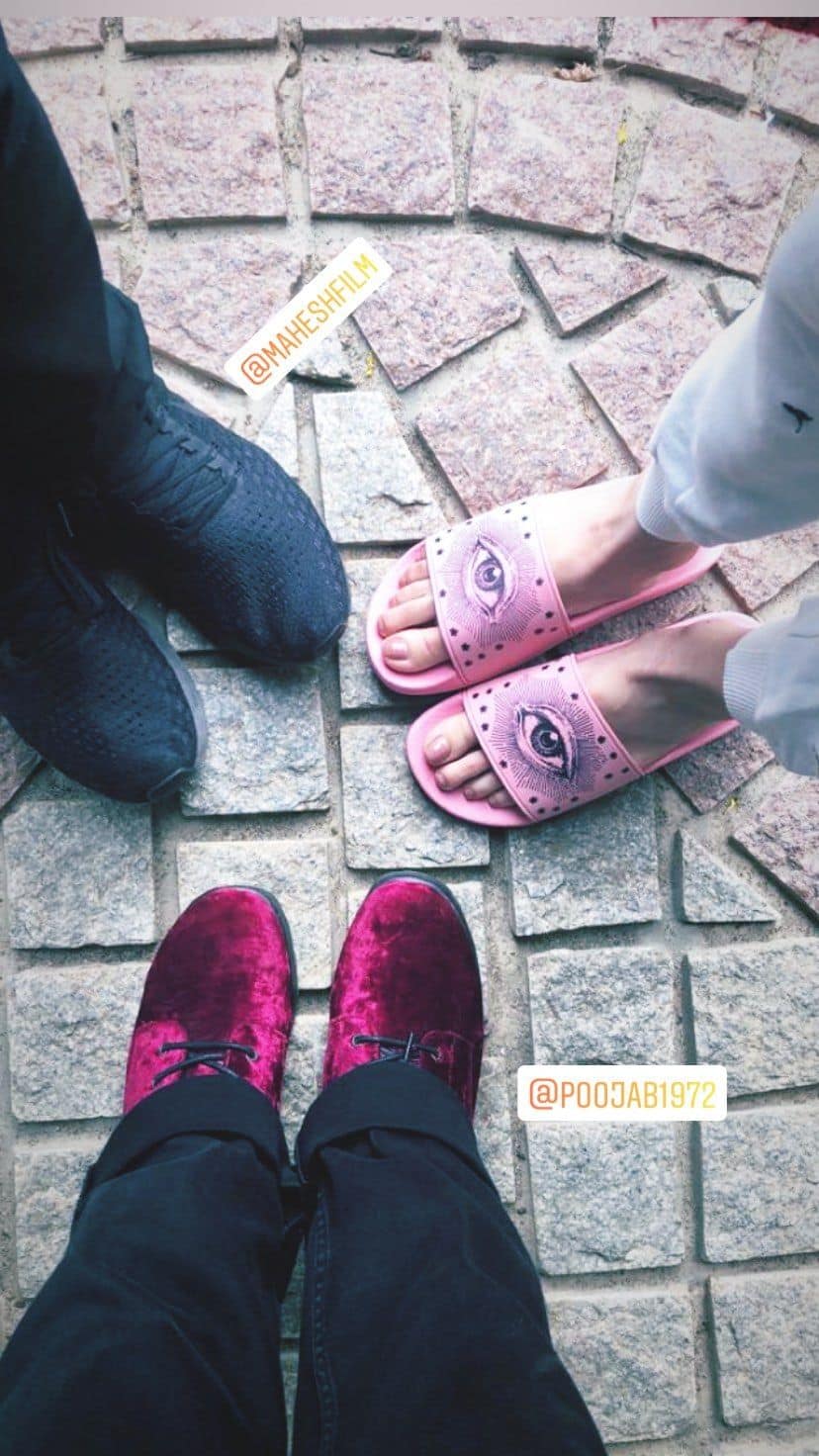 The star cast of Sadak 2 also includes Manikarnika: The Queen Of Jhansi star Jisshu Sengupta, Ghulam actor Akshay Anand and Priyanka Bose of Love Sex Aur Dhokha. Sadak 2 is slated to release in 2020. She will also be seen alongside beau Ranbir Kapoor in Brahmastra. The film is being directed by Ayan Mukerji and also stars Amitabh Bachchan, Nagarjuna, Dimple Kapadia and Mouni Roy in key roles. Brahmastra is backed by Karan Johar was originally slated for Christmas release this year. Rumours were rife that the film could clash with Salman Khan and Sonakshi Sinha's Dabangg 3. However, the clash was averted when Ayan announced that Brahmastra is now slated for Summer 2020 release. Stay tuned to BL for more updates and scoops!