FINALLY! Saif Ali Khan is making his Instagram debut and we can't wait to see if he'll share Taimur's photos

Better late than never....Saif Ali Khan is finally joining social media guys! Yes, this is happening! His son Ibrahim Ali Khan Pataudi just broke this big news on his Instagram story with a screenshot of Saif's official Instagram page which goes by the username - @saifakpataudi. The account also has a caption that reads, "Saif Ali Khan Official on Instagram. Will make my Instagram handle public on 1/3/2017( March 1). Omg! Is this happening for real? I mean, how we have been waiting for this day! Especially given the fact that every time Saif was questioned about joining social media, he would only reason how it's not an advisable place to be in. Didn't we all see how he even argued with Karan Johar on the same during his recent visit on Koffee With Karan 5? Also Read - Saif Ali Khan has the best advice for sons Ibrahim Ali Khan, Taimur Ali Khan, and Jeh's blockbuster Bollywood careers

In fact, back in 2015, BollywoodLife too had tried to convince Saif to join social media but despite persuading him again and again, Saif maintained, "Maybe I should but I have also got my own reservations about it. First of all I think it becomes like a trap in a way, I don't know I mean...I don't know if I am smart enough to maneuver things. Maybe I will be but what if I am on Twitter and I say this is what I feel and I will be apologising, and other apologising. I will definitely get into trouble because I will say something and people will be like don't say that. So what is it? It's like the police. I dunno, I am the first person to say never say never; might do it tomorrow, I don't know. It's just that initially I thought if these are not for me. But now suddenly do it just coz everyone else is doing it is the wrong reason. I have to feel from inside that I wanna do this. If I wanna do it I ll be the first person to do it but here I never thought about doing it." Also Read - From Sara Tendulkar to Ibrahim Ali Khan to Navya Naveli: 7 charming star kids we’d love to see in films soon

Here, watch the video below: 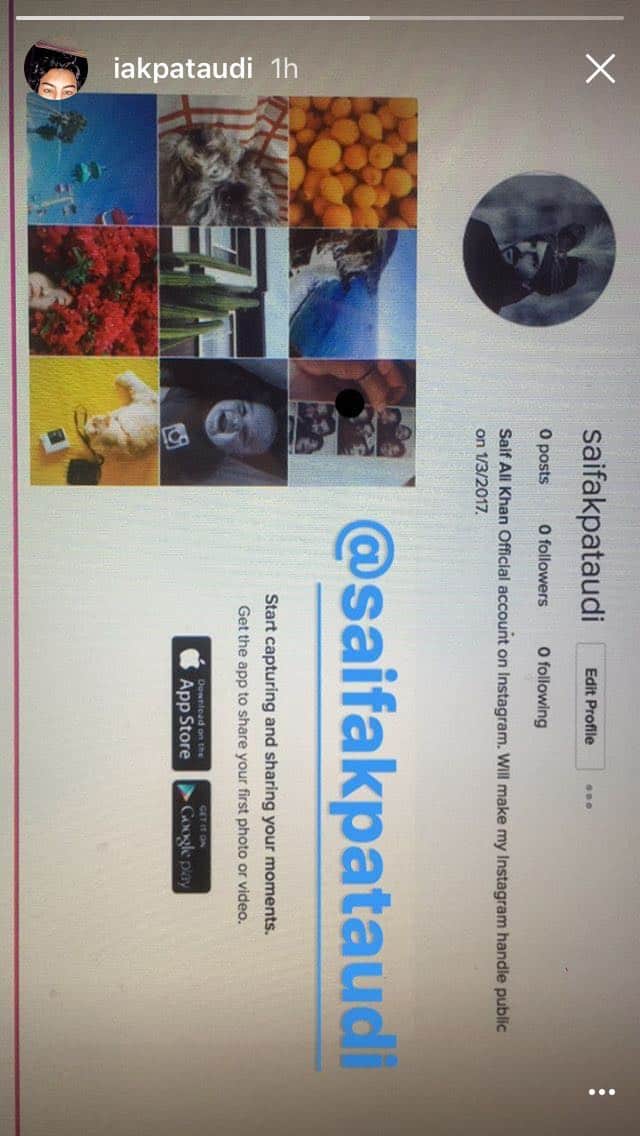 Nevertheless, that explains why Saif has now picked Instagram over Twitter for his social media debut. I mean, on Instagram, he'll only have to deal with the reactions on his pictures and NOT on his opinions. Let's see how well does he use his Insta page. You never know, he might just also post a picture of his newborn baby Taimur Ali Khan like how he'd put it up as his Whatsapp display picture. Or maybe this Instagram debut is nothing but a vehicle to promote his next film, Chef coz from the little that we know, the movie revolves around a chef who gets famous after someone trolls him on Twitter - what if here, Saif is using Instagram instead of Twitter?

You can draw your anticipations in the comments below but we're certainly looking forward to Saif's much awaited Insta debut. Save the date - March 1 it is!!