Saif Ali Khan refutes rumours of distancing himself from Sara Ali Khan after the NCB drug scandal; says, 'I am always there'

Saif Ali Khan clarifies that he is always present for his children, Sara, Ibrahim and Taimur no matter what. This comes after rumours of his discord with Sara Ali Khan and former wife Amrita Singh 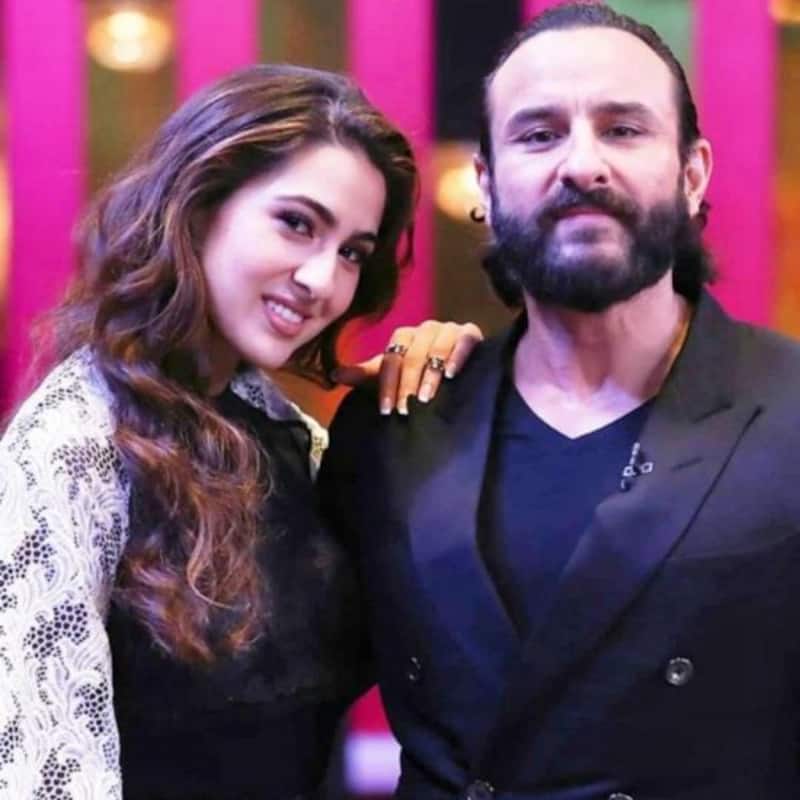 The NCB investigation after the demise of Sushant Singh Rajput put a lot of focus on Sara Ali Khan. His friends confirmed their alleged short-lived affair but what was shocking was her names in the alleged drug chats. As Sara Ali Khan flew down from Goa along with mom Amrita Singh and brother, Ibrahim Ali Khan, some nasty rumours started doing the rounds. Many portals reported that Saif Ali Khan left for Delhi along with his wife, Kareena Kapoor Khan and son, Taimur as he wanted to be away from the controversy. This was not all. They also alleged that he had a fight with his ex-wife Amrita Singh after Sara Ali Khan's name came in the matter. He blamed her for not managing their daughter's career in a proper manner. Also Read - Karan Johar on being accused of leaking Sara Ali Khan, Ananya Panday and more celebs' relationship details without consent: 'They are okay with putting it out'

Ending all those distasteful speculations, Saif Ali Khan cleared his equations in an interview to Bollywood Hungama. He told the channel, "I am always there for them. I love and adore all my three children. It’s true that I spend a lot of time with Taimur. But I am constantly connected with my elder son Ibrahim and my daughter Sara. All my three children have different places in my heart. If I am hurt with Sara about something, Taimur can’t make me feel better about it. Every time you have a child you divide your heart. And they are all different in age. I feel each of my three children require a different kind of connect. I could have long chat on the phone or have dinner with Sara or Ibrahim which I can’t do with Taimur." Also Read - From disrespecting Hina Khan, Helly Shah for their Cannes appearance to calling Nayanthara a lesser star; 5 times Karan Johar proved he needs to think before he speaks

Sara Ali Khan's name came up along with Shraddha Kapoor. It seems she said that she was good friends with late Sushant Singh Rajput, and also visited his farmhouse. However, she denied use of drugs. Also Read - Happy Birthday Sara Ali Khan: From Luka Chuppi 2 to Gaslight —Here's an interesting lineup of her films