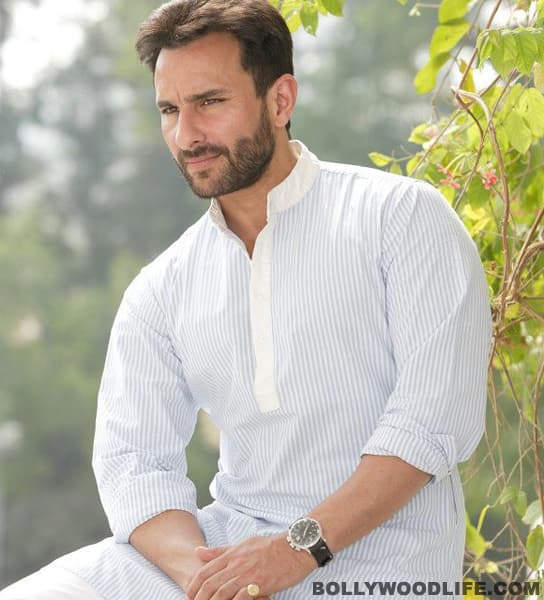 Bollywood star Saif Ali Khan was shown black flags in Bhopal by locals, protesting the decision to appoint a Saudi national as the caretaker of the guest houses built by the erstwhile Nawabs of Bhopal for Haj pilgrims to Mecca. Saif, the titular Nawab of Bhopal, was in the city Friday night to see the World Series Hockey game between Bhopal Badshahs and Delhi Wizards and to promote his forthcoming film Agent Vinod. The protesters, led by Congress leader Arif Masood, also threatened that Saif's films will not be screened in the city until an Indian national is re-appointed as caretaker of 'Rubaats', or the guest houses in Saudi Arabia where Haj pilgrims, especially from Bhopal, stay during Haj. "There were 45 Rubaats of the Hyderabad Nizam in Saudi Arabia but their number came down to one after Saudi nationals were appointed as caretakers," Arif Masood told reporters, explaining the reason for protesting the decision. There are at least seven rubaats which comes under Aukaf-e-Shahi, or the religious endowment trust of the erstwhile Nawabs of Bhopal. Also Read - After Agent Vinod, Sriram Raghavan to make another thriller with Saif Ali Khan?

Last year, after the demise of Saif's father Mansoor Ali Khan Pataudi, who was 'mutawalli' or administrator of the trust, his elder daughter Saba Ali Khan took his place. Soon thereafter, the caretaker of rubaats, who was an Indian, was replaced by a Saudi national. The decision has been widely criticised by locals. It was not clear who gave the order, but Aukaf-e-Shahi secretary Anwar Muhammad Khan resigned from the post on the controversy. Also Read - Saif Ali Khan has issues with Vikramaditya Motwane's next film - here's why!

Saif's grandmother was the daughter of the last reigning Nawab of Bhopal and succeeded him as the titular ruler. Also Read - Saif Ali Khan to appear in court on June 18 for Taj hotel assault charges