Saif Ali Khan wants to do roles befitting his age! 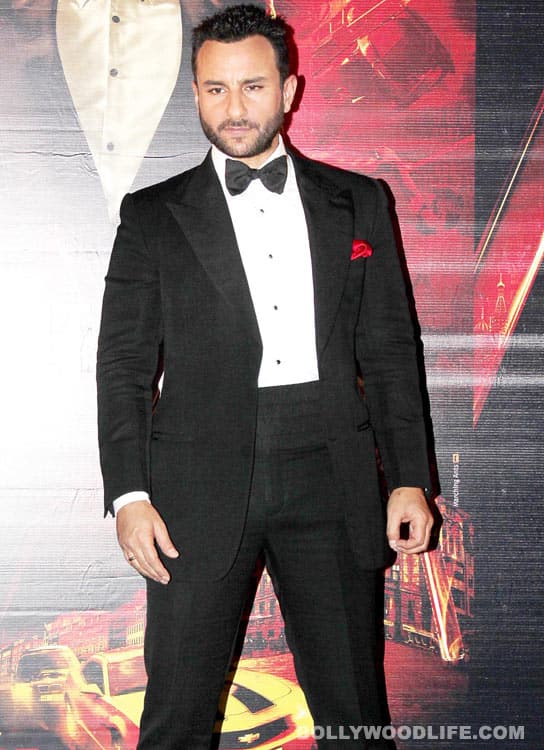 It’s high time he did! However, we are glad that at last one 40-year-old actor has realised that it isn’t cool to play a 20-year-old loverboy any more

Bollywood filmmakers are famous for taking unfathomable cinematic liberties with their screenplays. Like a film’s hero can put ten goons to sleep with one hard punch or break into song and dance in the middle of a packed street without causing any traffic chaos. However, one small suspension of disbelief that really beats everybody’s imagination is that 40-plus actors continue to successfully play 20-year-olds or college students in one film after another. And everyone, from ace actor Aamir Khan to stylish stud Saif Ali Khan, has indulged in this act of misrepresentation at some time or the other. While Aamir did the college guy act in his last masala entertainer Three Idiots’, Saif played a loverboy half his real age in his first home production, Love Aaj Kal. Also Read - Akshay Kumar, Aamir Khan, Ranveer Singh and more: Here are the release dates of the upcoming biggies of these Bollywood superstars

But in an interview, the Agent Vinod actor-producer confessed that he was done with playing young romantic roles onscreen. “I don’t want to be defined with a particular image,” said Saif, “I want to dabble in roles which are diverse. I can’t play a regular loverboy at 40. I want to play slightly older, mature characters now. Loverboys are for the younger lot to play. If I try to play a 20-year-old, I will look old.” Thank god! Finally someone heard our complaint and paid heed to it. But what d’you think - are Saif and his peers justified playing these young-lover characters? Also Read - Laal Singh Chaddha: Aamir Khan-Kareena Kapoor Khan starrer AVERTS clash with Allu Arjun's Pushpa; to release on THIS date next year

Ajay Devgn – The intense actor is a father of two in real life, but in his last film Singham Devgn is smitten by his family friend’s young daughter, played by South star Kajal Agarwal.

Aamir Khan – In real life the ace Khan has two grown up children – his son is in college and daughter is in high school. Yet he dared to play a management student in Rajkumar Hirani’s Three Idiots’.

Shahrukh Khan – Like in real life, the superstar played a father in RA.One. However, in Yash Chopra’s love story he steps back into the shoes of a quintessential romantic hero and will woo the much younger Katrina Kaif.

Salman Khan – While the Dabangg dude’s last film was a love story between a bodyguard and his employee (a college student), it’s obvious his character wasn’t close to his real age in the film.

Sanjay Dutt - Despite being a father of three – the 20-something Trishala, and twin babies, Shahraan and Iqra - the 50-plus played a stereotypical skirt-chaser in his first home production, Rascals.