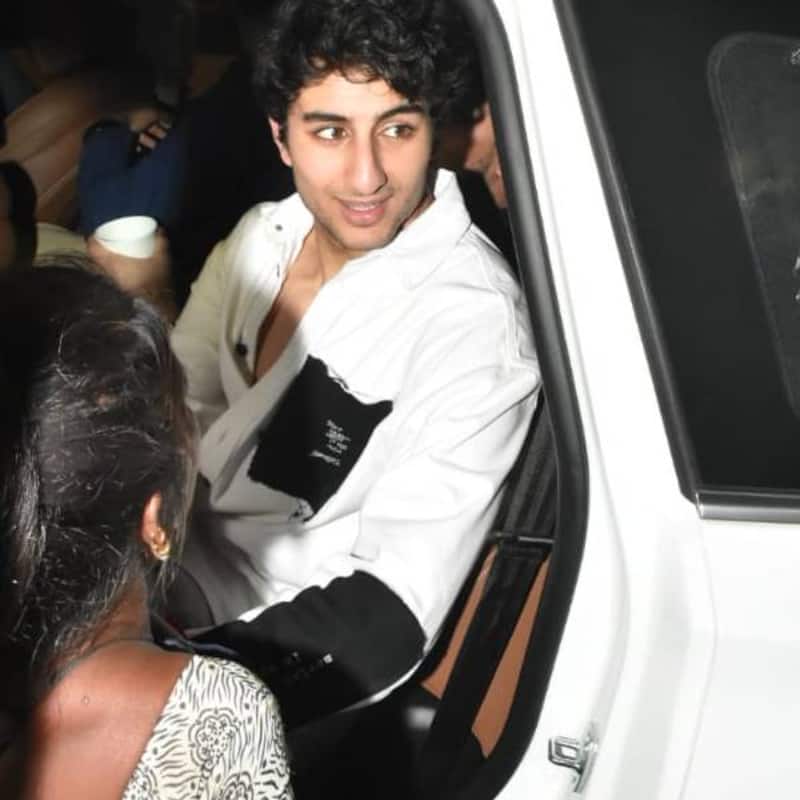 One more star kid is all set to make his Bollywood debut and he is among the most awaited ones. It's Saif Ali Khan's first son Ibrahim Ali Khan. Yes! The young lad is all set to try his luck in Bollywood with the south remake of Hridayam by Karan Johar. As per reports, "Karan Johar is planning to join hands with a leading production house that will produce Ibrahim Ali Khan's film and it will be Pranav- Mohanlal's Hridayam". The source reported to Bollywood Hungama that Karan is looking for a perfect launch for Ibrahim and he felt that the character of a brash student turning into a mature person would be just the right launch for the star kid. Also Read - Trending Hollywood News Today: Kim Kardashian and Kanye West not getting back together, Wednesday trailer ft Tim Burton's Addams Family and more

Ibrahim Ali Khan often makes it to the headlines when he is spotted in town. Recently the star kid grabbed a lot of eyeballs when he was mobbed by a few fans on the street and was commended for his extremely calm behavior during the same. Ibrahim Ali Khan even sparked dating rumors when he was spotted with Shweta Tiwari's daughter at a popular eatery. Well, soon those rumors faded off as Palak Tiwari clarified that they are just friends and like to go out together. Also Read - Jr.NTR making Hollywood debut; check out the list of South Indian stars who have already worked in Hollywood movies

Saif Ali Khan and Amrita Singh's son is also a very popular star kid on social media. And his and Sara Ali Khan's banter often grabs maximum attention. Sara and Ibrahim are the most loved and adorable sibling in the tinsel town and their banter often melts their fans' heart. While Ibrahim's debut is indeed going to be smashing and we just hope the star kid doesn't get trolled, unlike other star kids.