Saif Ali Khan's suited up avatar at the green carpet of IIFA Rocks 2017 is dishy, debonair and dashing

Boy have we used up all the synonyms for debonair in our headline for Saif Ali Khan! But words surely fall short to describe just how handsome the Nawab is looking at IIFA Rocks' green carpet. Just before making any comments on his fashion rendezvous, we would like to let you know that the man is doing some crazy load of projects! Not only does he have quite a lot of movies in his kitty but he'll be starring in a Netflix series too. His life sure is colourful with the various kinds of roles he'll be undertaking soon. Perhaps that could be why he chose to keep it vanilla at the green carpet. Now we're not suggesting that it's a boring look but we think he has done a very good job with this navy blue brigade. The actor actually made us reminisce his role from Rangoon with this appearance. Saif isn't really that finicky about fashion and red carpet appearances. Yet right here, as he walks for IIFA Rocks, we can't help but crush on him. Also Read - Friendship Day 2021: From Shah Rukh Khan-Salman Khan to Priyanka Chopra-Kareena Kapoor – 7 Bollywood BFFs who turned foes and then became friends again

The entire ensemble has so much panache to it, plus with a man like Saif to pull it off, could the look fail? The answer is no! At the red carpet, instead of opting for red (like many), the actor went for an all navy hue. From his Brooks Brothers suit to his Hugo Boss shirt to his Tom Ford tie, everything was from the same colour palette. While we did wish that he tried to mix and match with colours and not keep it all blue, we don't think the look was one bit disappointing. Sometimes wearing the same hue top to bottom becomes an overkill. However, Saif has managed to pull it off quite well. In fact, the actor looked super handsome as he flashed his deviously charming smile! Also Read - Trending Entertainment News Today – Saif Ali Khan reveals one thing he would not dare to do with Kareena Kapoor Khan; Kriti Sanon celebrates her birthday with the media 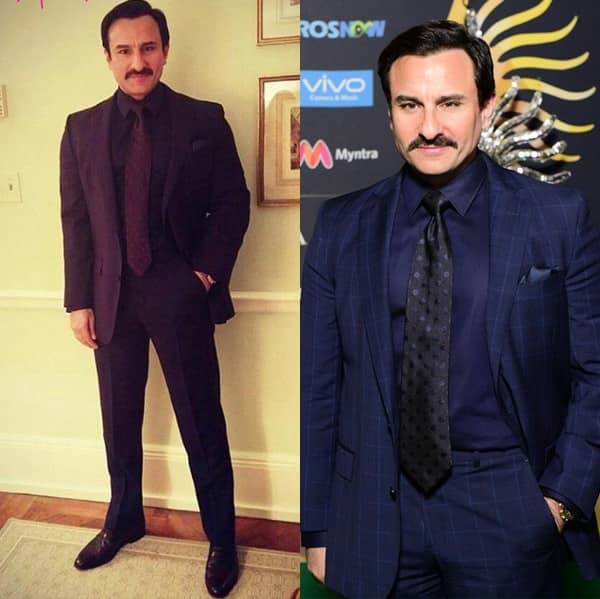 Saif can make anything work with just his charm! Although here, the outfit has just the same amount of impact. Despite being of the same hue, he made the three piece suit look really good. 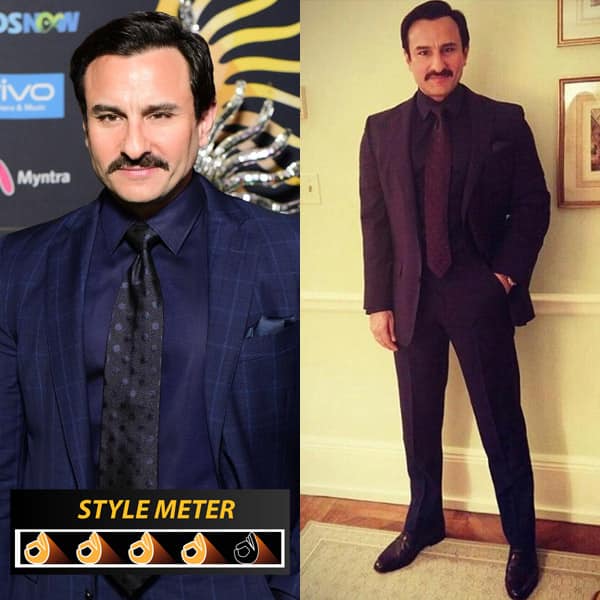 So the news is already out that he will be hosting the award show along with Karan Johar tomorrow. Boy are we excited for that. With the combined wit and humour of Saif and Karan, it'll definitely be full house. Stay tuned to this space for hot updates on IIFA awards 2017.