Saif, Nana...who could be Chanakya on the big screen? 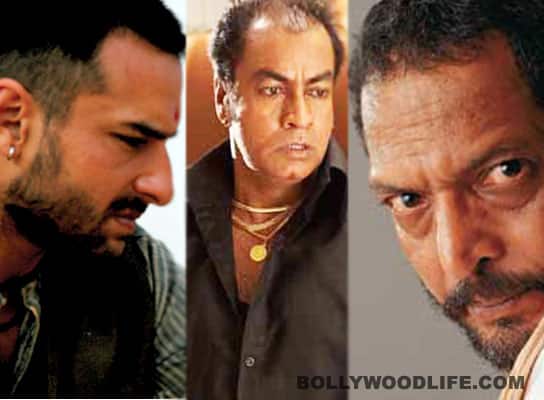 The role needs someone who can pull off a quiet, understated, scheming personality

Politics and Bollywood go together like...err...rain and slush, fish and chips, SRK and love songs. And now there will be a new partnership with UTV Motion Pictures and Chanakya. No, not the long-gone historical figure, but a national bestseller from Ashwin Sanghi called Chanakya’s Chant, published by Westland and released in January this year. UTV has acquired the rights to the book, which is all about politics in two different times – one set in about 289 BC, when the original Chanakya was formulating his policies, and the other in contemporary India in Kanpur, where Pandit Gangasagar Mishra plots to get his protégée Chandini Gupta to head the country. Now have we seen something like this before in, perhaps, Raajneeti? Or even Satta? And who could play the leading role of the modern-day story? We see a Machiavellian Nana Patekar, or even a quietly nasty Pradeep Singh Rawat (who played Ghajini) doing a great job. Or – and this is a fabulous idea – Saif Ali Khan, doing a sophisticated reprisal of his Langda Tyagi character in Omkara. You agree? Also Read - Kareena Kapoor Khan's sons Taimur and Jeh's cute sibling bond moment caught on camera [View Pic]