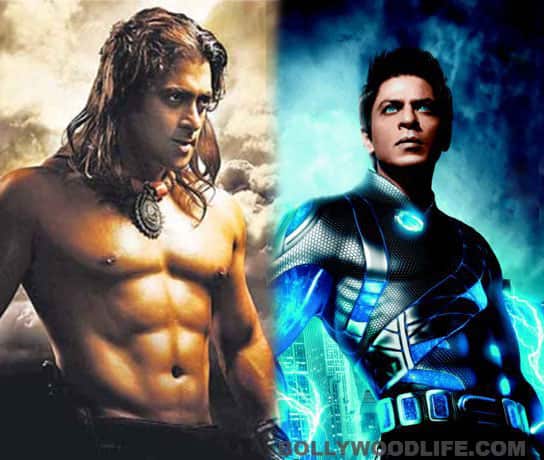 Also Read - Did you know that post-marriage Sonu Sood lived with his wife Sonali and three other strugglers in a 1BHK in Mumbai?

Buzz is that the Dabangg actor is gonna kick some villainous behinds as superhero in Yash Raj Films’ next!

Salman Khan’s cop act in Dabangg and Wanted resurrected his career. If you’re a fan, you would remember that he had played cop in his second film (Patthar Ke Phool) too, but it is only now that he is being appreciated for it. Well, more for his ishtyle, herogiri and spunk than anything else. And so it seems kinda logical for him to play superhero as his next act. Y’know, honest cop or superhero, both saviours and messiahs. So, buzz is that Sallu ‘bhai’ is gonna stop being a bhai and kick some villainous behinds as superhero with more than the mostest in Yash Raj Films’ next, to be directed by Kabir Khan. Which would you rather see – SRK in RA.One or Sallu in his new film? Your vote, but wethinks Salman sure is taking on his once-friend-now-foe SRK head on with this flick. Fireworks expected! Also Read - Did Salman Khan just confirm Dabangg 4? Here's what we know