They had created magic once on screen....don't you want to see them again?

They had been couples or were rumoured to be in a relationship, and their sizzling chemistry was there to be seen by everybody who has eyes and ears. But now that they have gone their separate ways, it's the audience or their fans who misses them the most and wants them to get back together for that one last time! Also Read - Couple on screen, dushman off screen - These 6 Bollywood jodis hated each other but shared a great chemistry in films

Yes, we are talking about our fave Bollywood jodis who used to spin magic on and off screen with their show of affection, till that disastrous thing called breakup happened! Unlike Ranbir Kapoor - Deepika Padukone or Ranveer Singh - Anushka Sharma, these couples couldn't find it in themselves to work with each other again, as their personal differences were too big for them to ignore for professional commitments. Also Read - Throwback Thursday: Jaya Bachchan once wanted to slap Shah Rukh Khan for dragging Aishwarya Rai Bachchan in his fight with Salman Khan

But we are hopeless romantics, so we certainly hope they can brush aside their differences, however huge they may be, and work with each other again! At least for the sake of us, fans! Also Read - WTF Wednesday: ‘Are you pregnant?’ Dear fans, stop asking women in Bollywood and TV this cliché question 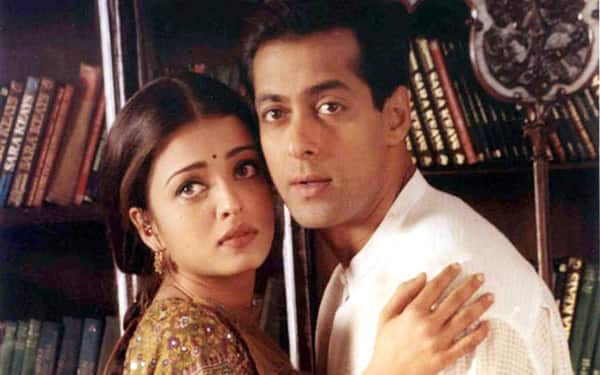 If you ask any fan of both Salman Khan and Aishwarya Rai Bachchan, which star paired with them the best, the fans of both actors would grudgingly take each other's name. In the three films that they did together, it was only in Hum Dil De Chuke Sanam that they had a proper pairing (rest were just cameos)! Even though Salman Khan doesn't get the girl in the end in HDDCS (a hint of irony there...), their chemistry in their romantic scenes were so amazing that there were bound to be sparks. And those sparks became a full-blown raging romance in real life, when both Salman and Aishwarya publicly courted each other. Then the rumours started about Salman getting too possessive, Aishwarya showing up at an event with shades covering her black eye, and before we knew it, they were no longer a couple. And they haven't done a single film after that!

Chances of them coming back together: Armageddon or India winning the FIFA World Cup; whichever is sooner! In other words, not a chance! 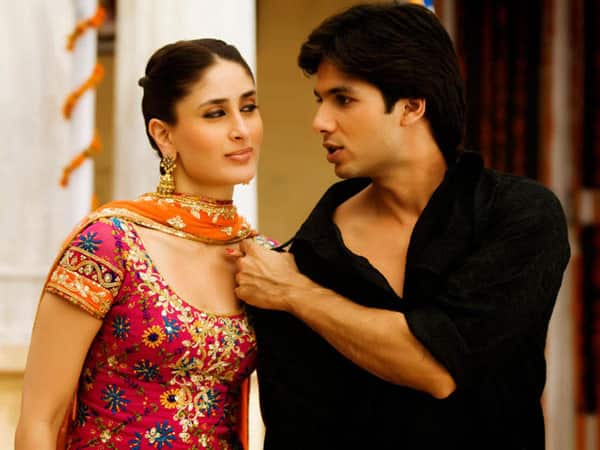 Yup, they are doing a movie called Udta Punjab, but as per what we have heard till now, they don't share a single scene! So all those people who expected to see their Jab We Met magic again back on screen, will sorely be disappointed. Shahid is paired with his Shaandaar co-star Ali Bhatt, while Kareena is paired with Diljit Dosanjh. When they used to date together, they had done 5 films together, but it was only in Jab We Met that their magic really clicked. Unfortunately they had broken up by then, that too on a bad note. Sure, Milenge Milenge was their last film together, but that was a film they had done before Jab We Met, which got stuck in the cans. With Udta Punjab, I surely hope they work out their differences and come together again as a proper jodi in a film!

Chances of them coming back together: Quite 'Saif', since they are doing Udta Punjab! Afer all, when he was asked once whether he would work with Kareena, Shahid had said that he is willing to act even with a buffalo, if the director wants him to! Oops! 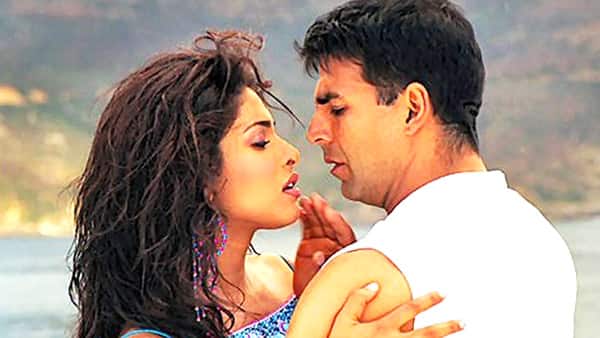 Now we are entering a very dangerous territory of rumours and gossips. Akshay Kumar is a married man, yet there is no dearth of gossips about his flings with various actresses. Prominent among those, was his supposed liaison with Priyanka Chopra. Priyanka and Akshay has done a few films together where they shared some really scorching chemistry (Aitraaz...anyone?). However, it's said that their offscreen chemistry was so much that wifey Twinkle Khanna had barred Akshay Kumar to ever work with the Quantico actress again!

Chances of them coming back together: Say, when do you see a blue moon? 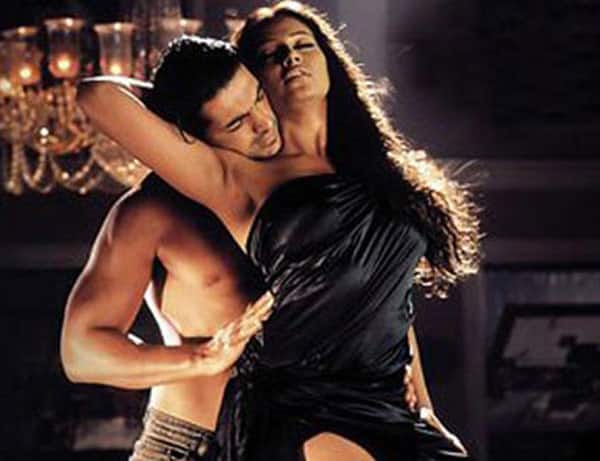 Among the list of other jodis in the list, theirs were the only one which went the farthest! Almost 9 years to say! John Abraham made his debut with Bipasha Basu in Jism, and people could see that raging fire of passion between them in those beautifully shot lovemaking scenes. The film was a hit, and though none of their films after that clicked at the box office, no one can even say that their chemistry went thanda! However, in real life, it did and they ended on a bickering note (though the reason for their break up is still unclear). John married Priya Runchal, an investment banker, while Bipasha Basu became the Bollywood Scream Queen, specialising in horror films and dating her Alone co-star Karan Singh Grover.

Chances of them coming back together: Can happen, cannot happen...the ball stands at the edge of the net!

Of all the heroines Abhishek Bachchan has worked with, including his own wife Aishwarya Rai Bachchan, he shared the best chemistry with the Yashraj bahu, Rani Mukerji. Some of his best critical and commercial hits was with Rani, like Yuva, Bunty Aur Babli, Kabhi Alvida Naa Kehna. When they were doing films together, there was also a rumour going around that they were dating and even supposed to get married! However, nothing of that sort happened, as you know very well! Unfortunately, it also meant that after the dismal failure of Laaga Chunari Mein Daag, they never acted together.

Chances of them coming back together: Quite possible, if Rani ever plans to return to acting... 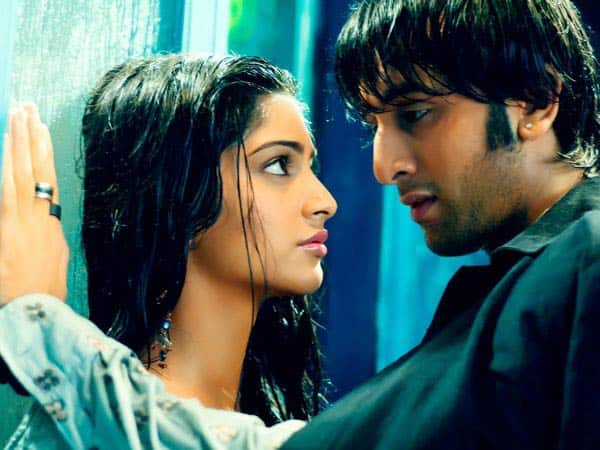 Ranbir and Sonam made their debut together, and even though the film flopped, people praised how good they looked together on screen. It was also said that they were dating during the shoot. So when Ranbir moved on to be with Deepika Padukone (which also didn't work out), Sonam was said to be nursing a broken heart. Her anger towards Ranbir was evident in that infamous Koffee With Karan episode where both she and Deepika took digs at their common ex-sweetheart! Though Ranbir may have forgiven Deepika and even worked with her after that, he was not so forgiving towards Sonam!

Chances of them coming back together: Like they say, HELL hath no fury like a woman...sorry, man...okay in this case, both...scorned! Therefore nil! 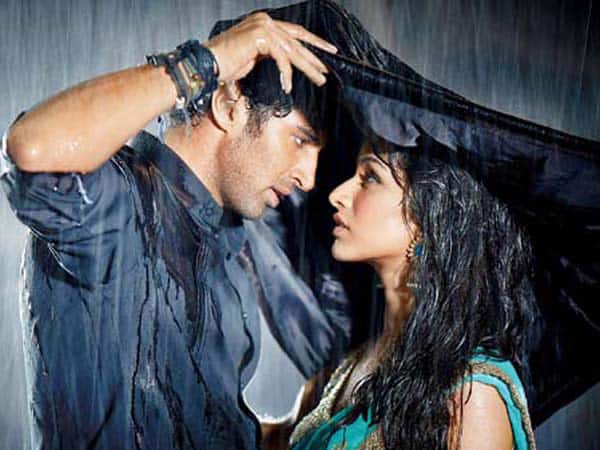 If rumours are to be believed, this couple is still seeing each other on the sly, but they are making sure that they are giving each other space so that that they can focus on their professional commitments, and not let makers repeat their jodi at every given chance. While Aditya Roy Kapur is seen serenading Katrina Kaif in Fitoor, Shraddha Kapoor will be romancing Tiger Shroff in Baaghi!

Chances of them coming back together: Definitely good, if a great script comes their way!

Any other couples you want to see onscreen again? Let us know...