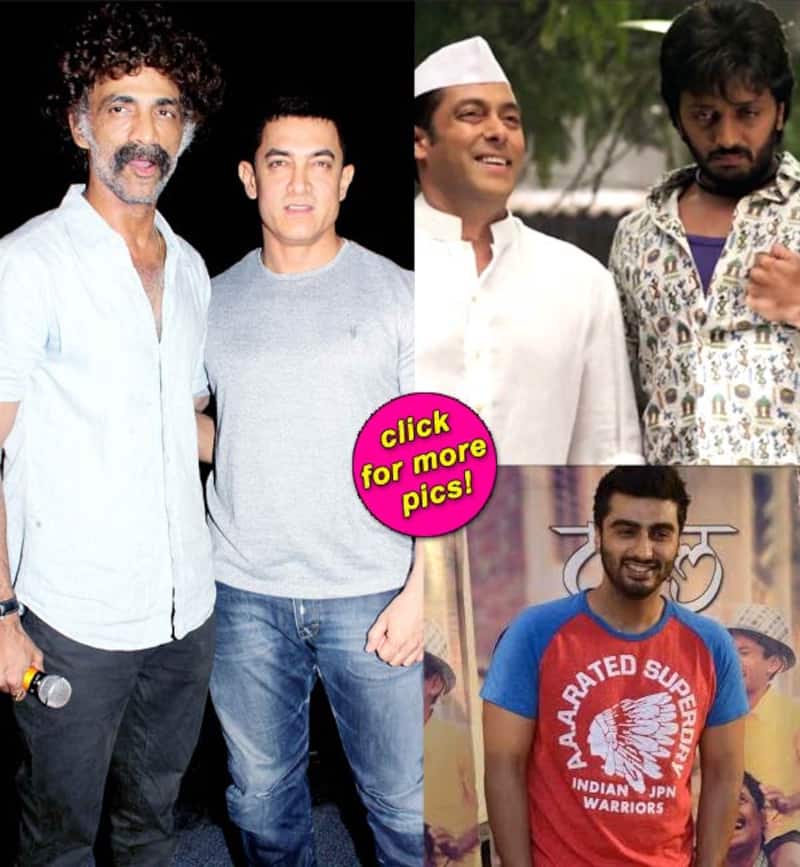 Riteish Deshmukh’s Marathi film Lai Bhaari created a stir at the box office. And it won’t be wrong to say that Salman Khan’s presence in the film helped the makers attract more audiences to the theaters.

With an approximate earning of more than Rs 40 crore, Riteish’s film encouraged many other Bollywood stars to promote and invest in the Marathi film industry. Recently, superstars like Aamir Khan, Amitabh Bachchan and Farhan Akhtar have also lent their support to a number of Marathi films. Also Read - Khatron Ke Khiladi 12: Pratik Sehajpal BLUSHES as Rohit Shetty teases him over his bond with Chetna Pande; Nishant Bhat says, 'Thakur toh gayo'

It is a commonly known fact that Salman is a huge fan of Marathi films. After associating himself with Riteish’s Lai Bhaari, the Dabangg Khan is now promoting Vidhi Kasliwal’s Sanngto Aika. At the music launch of this film when Mr Khan was asked if he would want to act in a Marathi film he said to a leading daily, “Oh, definitely, I would love to do a lead role in a Marathi film. I love Marathi cinema. It has been ignored for a very long time. This cinema can touch great heights and it is important to spread as much awareness as possible."

After Salman, Farhan Akhtar will make his Marathi film debut with Por Bazaar. The Bhaag Milkha Bhaag actor was mighty impressed with the film’s script and immediately agreed to be a part of the project. It deals with a sensitive subject of child trafficking. Amitabh Bachchan who is the UNICEF goodwill ambassador and works for awareness on human trafficking is also supporting the film. The Paa actor said that he will urge the audiences to watch the movie.

The PK actor recently lent his support to Makarand Deshpande's directorial venture Saturday Sunday. While promoting the movie Aamir also expressed his desire to work in a Marathi film. He said to a leading daily, “I would definitely love to act in a Marathi film given that the script is good. My approach towards signing a Hindi film is that it should have a good script and story. The same will apply when I choose to do a Marathi film." Well after speaking Bhojpuri in PK, it would be interesting to see Aamir converse in Marathi, hai na?

After Big B, Salman and Aamir lent their support to Marathi cinema, young actor Arjun Kapoor recently praised Laxman Utekar's film TAPAAL. Arjun who believes that language is not a barrier in cinema said to the press, “If you can catch the emotion and the character right, then language is not a hindrance. It's nice that Marathi cinema, regional cinema or for that matter any kind of cinema in our country are now getting their due.”

Being successful commercial directors of Bollywood, Rohit Shetty and Farah Khan completely understand the importance of right marketing for a film. Hence, when Shreyas approached Rohit and Farah to do a special appearance in his film Poshter Boyz, the duo immediately agreed to support the Om Shanti Om actor. Besides acting in the film, the famous directors also promoted the movie at various events and on social media platforms.

With so many Bollywood actors investing in regional cinema, we are sure the Marathi film industry is bound to grow. We wonder how many more B-town stars would want to work in Marathi cinema. Any suggestions BollywoodLifers?