Salman Khan and Iulia Vantur attend Ramesh Taurani's Diwali bash; fans troll the former after the Radhe actor makes a dash for the lift leaving her behind; say, 'Why does she keep humiliating herself'. Fans call Salman Khan ungentlemanly

Salman Khan and Iulia Vantur were the star guests at Ramesh Taurani's Diwali bash. As we know, the Tips honcho hosts a private party for all his near and dear ones from the industry. After a long time, Salman Khan and Iulia Vantur were seen together at a party. While Bhai wore a black shirt over denims, Iulia chose a black checked saree for the occasion. He was the first to step out of the car and made a dash for the lift. He did not wait for Iulia Vantur. People who have seen the video have commented that it was not very gentlemanly for Salman Khan to do so. Check out the video below... Also Read - Diwali 2021: Amidst wedding rumours, Katrina Kaif and Vicky Kaushal celebrate the festival of lights together

A person commented, "Why does he always embarrass her in front of everyone and why does she keep humiliating herself??? Love is based in respect and if he didn't respect you that's means he never loved you and he will never!! I feel sorry for her," while another one wrote, "What a non gentleman- leaving his woman behind!." Many felt rather bad for Iulia Vantur. The Romanian singer-presenter has been friends with Salman Khan since years now. She has never said that they are a couple, instead saying that he is like a very good friend. Another person commented, "His getting her back for last time when she ran off not talking any pictures with him! Woman wake up and do you want fame or self respect!" Also Read - Diwali 2021: Alia Bhatt and Ranbir Kapoor dish out #CoupleGoals as they celebrate the festival together 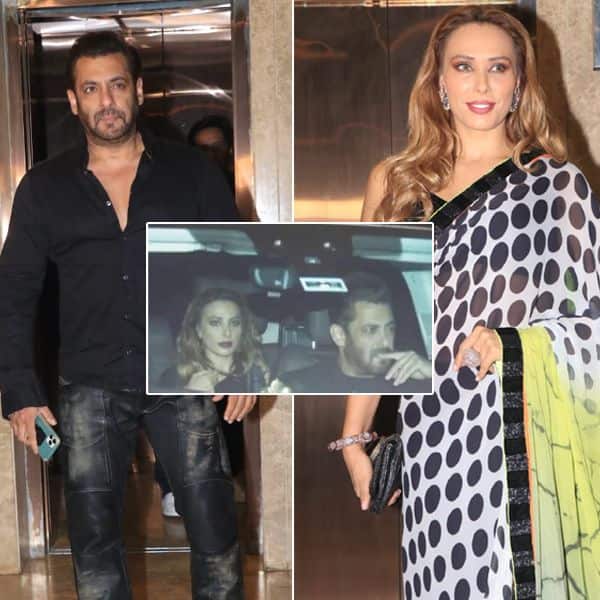 On the professional front, Salman Khan is busy with Tiger 3. He just got back after a two month schedule in Europe. There is buzz that his entire family and he will be headed to Katrina Kaif's rumoured wedding with Vicky Kaushal in Rajasthan. He is also looking forward to the release of Antim. Also Read - Diwali 2021: Shaheer Sheikh, Surbhi Chandna, Hina Khan and other TV celebs celebrate the festival of lights with family and friends – view posts Stay tuned to BollywoodLife for the latest scoops and updates from Bollywood, Hollywood, South, TV and Web-Series.
Click to join us on Facebook, Twitter, Youtube and Instagram.
Also follow us on Facebook Messenger for latest updates.
Advertisement