Salman Khan is so enamoured by his Tubelight co-star Matin Rey that you won't believe. 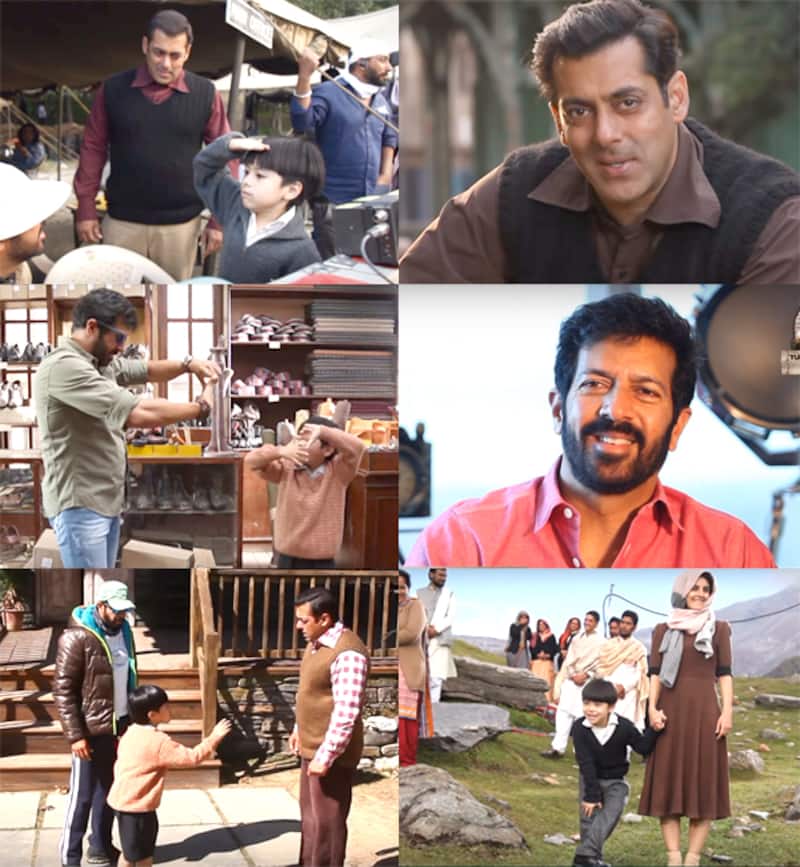 Salman Khan is bowled over by this person, period! No...we are not talking about a girl but the Bhai is absolutely taken by his newest co-star, Matin Rey Tangu. We knew he had a great liking for this kid but the way he talks about him in this video, it is clear that he just can't have enough of him. We saw how much the two are close at the Tubelight event recently. It was as if they can't stay away from each other and now this behind-the-scene video of the film has made us certain that Salman is completely taken by Matin. Also Read - Pathaan actor Shah Rukh Khan to Tiger 3 actress Katrina Kaif: WORST statements made by these Bollywood celebs will leave you shell-shocked

Salman can be heard saying, "He is something else only..." We haven't seen the actor speak about any of his co-star so fondly in recent times. He can be seen fondly looking at the kid and smiling. There are many moments in the video which will make you smile without realising. Matin, too, is friendly with everyone. Kabir even says in the video how he can become the centre of attention at every gathering. You can see him argue with the director as well, since he just doesn't want to wear the sweater. Check out the video right here...

We told you how Matin and Salman would get along like a house on fire on the sets. The kid even challenged the actor for an ice cream duel and they together finished some 20 cones. It was a treat for the crew members as the superstar had installed softie machines for his kiddie friend. Thanks to Matin, everyone indulged in ice creams to beat the heat. He even got a rubber swimming pool installed for the kids on the sets to have some fun after shoot. Salman is such a darling! Also Read - Salman Khan in GodFather, Ajay Devgn in RRR and more Bollywood stars who did cameos in South movies