Salman Khan’s 'Dabangg 2' not to clash with Aamir Khan’s 'Dhoom:3' 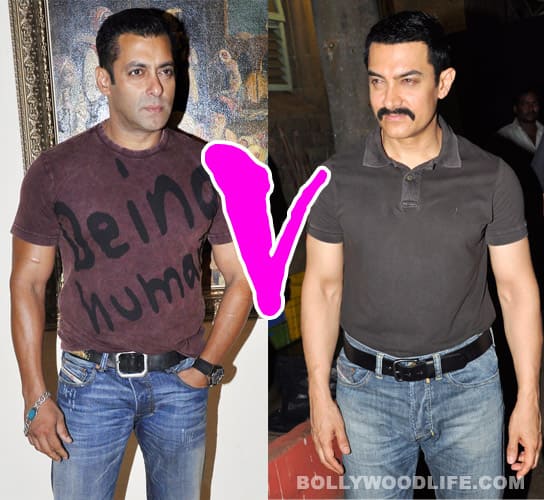 Both the big ticket films were slated to release in December 2012, but now Yash Raj's next has been postponed to 2013

Salman Khan and Aamir Khan have avoided clashing at the box office so far. For a while, it looked like this time around the two good friends will have no option but to battle it out. Director-producer of Dabangg 2, Arbaaz Khan is keen on meeting the 2012 deadline. He has tweeted saying that the film will hit the big screen in December next year. So, for a change Salman’s movie will release during Christmas instead of his luckiest Eid date. Meanwhile, Dhoom:3 is set to take off next month. It was to be made at breakneck speed as Yash Raj Films was keen on releasing it by the end of next year. They had been aiming at a Christmas release for their Aamir Khan-Katrina Kaif-Abhishek Bachchan-starrer since it is Aamir’s favourite and lucky date. However, YRF has now decided to postpone the release of their film. The official reason being given is that there is no way they can complete all the post-production work for the high-end action sequences so intrinsic to the Dhoom franchise in time. So now the film will release only in 2013. We were excited to watch the two Khans clash at the box office, but guess we'll just have to wait a little longer for that to happen. Also Read - 5 Blockbusters, 8 Hits, 1 Superhit – How Shah Rukh Khan continued as the undisputed KING of the box office in the 2000s; leaving Salman, Ajay, Aamir, Akshay miles behind