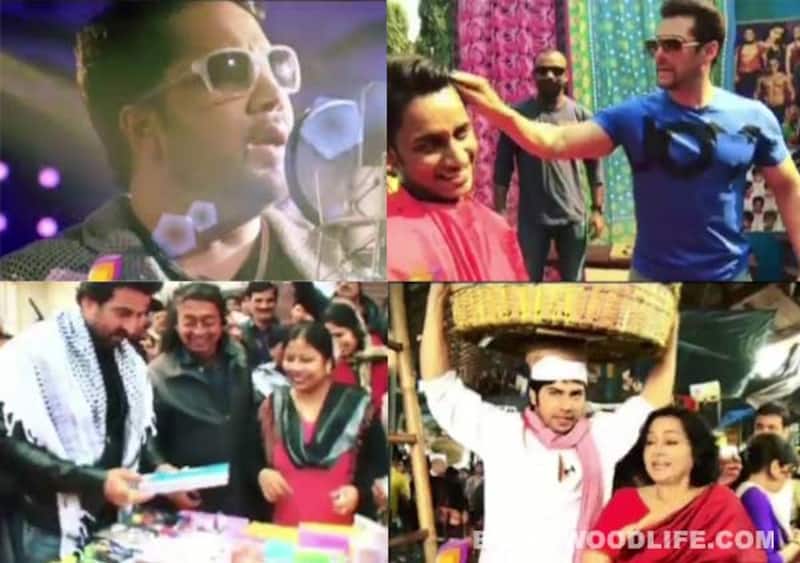 The melodious music of Mission Sapne given by Raju Singh is not out of the world. But what really stands out is that the composers have used real train sounds in the background which blend beautifully with the music. To include Karan Johar’s touching words in between the song breathes emotion into it. Mika Singh’s massey voice adds tadka to the number making it feel more real. But the king of the entire ensemble is the lyrics by Seema Saini. Also Read - Bigg Boss 16: Abdu Rozik, Shiv Thakare, Priyanka Chahar Choudhary - Who has the strongest individual personality in the house? Vote Now

The video showcases Salman as a barber, Ram as a taxi driver, Mika as the chai wala, Karan takes the role of photographer at Gateway of India and more. The song starts at the studio with Mika singing, then makes a journey into the lives of the common man. The star element begins with Ranbir Kapoor’s entry in a helicopter. The way the video blends the privileged and under privileged is alluring. And then how Mission Sapne blurs that difference makes for a splendid watch. Also Read - Bigg Boss 16, Day 5, Live Updates: Nimrit Kaur Ahluwalia complains that Priyanka Chahar Choudhary-Ankit Gupta eat too much

Take a look at the video and tell us what you think BollywoodLifers.