Salman Khan gets fat-shamed, massively trolled for his bloating tummy as he rehearses for a dance performance

Salman Khan's dance video from his Dabangg tour is going viral. In the video, one can see the drastic weight gain of the actor

Salman Khan is considered one of the fittest actors n Bollywood. Despite being this age he manages to look fit. However, seems like now age is taking a toll on Salman Khan's fitness. Of lately the actor is looking a bit unfit and unhealthy. He seems to have gained weight and this has become the hottest topic for the trolls. Salman Khan's dance video from his Dabangg tour is going viral. In the video, one can see the drastic weight gain of the superstar. Also Read - Gehraiyaan: Shah Rukh Khan's daughter Suhana Khan is addicted to THIS aspect of BFF Ananya Panday's film

The 56-year-old star got massively trolled for his bloating tummy and he was even fat-shamed by the trollers. While his fans express their shock over the drastic weight gain of the actor. And many say that he fooled his fans by showing a chiselled physics in Antim as everything was fake. Have a look at it right here. Also Read - Rohit Shetty, Amitabh Bachchan come together for Mumbai Police’s Nirbhaya Squad initiative; Salman Khan, Shahid Kapoor and more celebs react 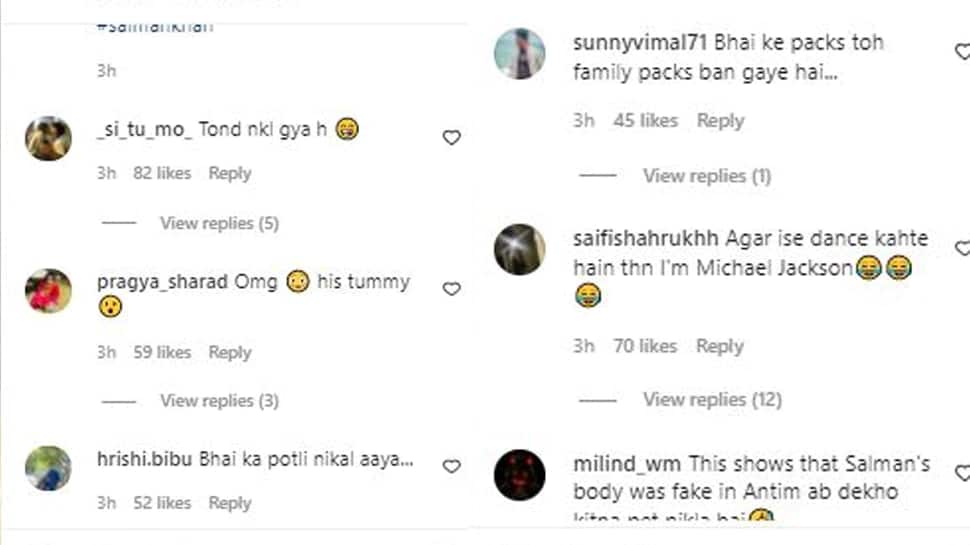 Salman Khan will be seen next in Tiger 3 and we ae sure he will once again leave his fans stunned with his chiseled physic. The actor was recently in news after a snake bite incident. The actor was holidaying in his farm house on his birthday week and the snake bit him and he was hospitalised for six hours and later he he was absolutely fine and celebrated his birthday with his loved ones. Tiger 3 will also a cameo of Shah Rukh Khan, it is said the superstar will be seen as a RAW officer and will be doing some high octane action along with Salman Khan like never before. Aren't you excited to see these superstar's together after a long time? Katrina Kaif plays the female lead in Tiger 3 and soo n they will finish the last schedule of the film.