The actor took time off shooting to pose with cute little kiddos on the sets of his upcoming film...

Salman Khan who was shooting for Prem Ratan Dhan Payo with Sonam Kapoor in Rajkot has stopped shooting due to the swine flu scare. Also Read - Indian Idol 12: From energetic tributes to Himesh Reshammiya to Sonu Kakkar seeing a glimpse of Nusrat Fateh Ali Khan in Sawai Bhatt – here are today's 5 best moments

After Sonam was tested positive for the H1N1 virus or swine flu, Salman too, just to be safe, went in to get tested. For now PRDP's shoot is on a hold. Also Read - As Salman Khan's Radhe releases, here’s a list of 5 films you can watch with your family during this long Eid weekend

While shooting for the film, Salman encountered many of his fans and he generously agreed to pose for pictures with them. But Salman's cutest fans have to be the tiny toddlers who love the actor's personality. Salman is incredibly fond of kids and he would never turn away a child would come up to him asking to get a picture clicked with the star! Salman has been clicked in quite a few snaps with little kids on the sets of Prem Ratan Dhan Payo. Take a look at the snaps! Also Read - Akshay Kumar's Laxmii BEATS Bajrangi Bhaijaan, Dangal and War on TV — here’s how 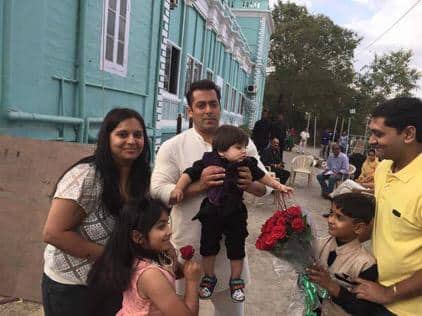 Salman and Sonam will resume shooting for the Sooraj Barjatya film once the latter regains her health. Ms Kapoor is currently on her way back to Mumbai, where she will be treated for the swine flu virus! We hope that the shoot schedule gets back on track in no time!