Salman recorded his episode with Kapil on Sunday evening. 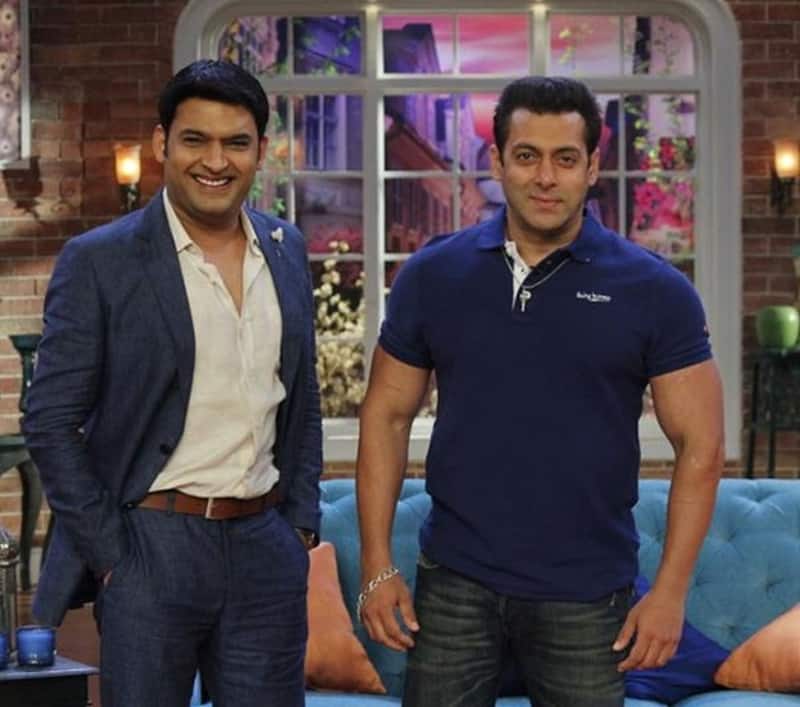 Salman has been the host of Bigg Boss for past 6 years!

Promotions for Salman Khan starrer Sultan are going on in full swing as the release date is just around the corner. The actor is leaving no stone unturned to heavily promote his film on all possible mediums. He has been appearing on various TV shows for the same. His latest appearance on a show might cause some distress in the TV world. As he has recorded for an episode of The Kapil Sharma, with comedian Kapil Sharma who ended his allegiance with Colors on a bad note. Also Read - Aishwarya Rai Bachchan refused to join Ponniyin Selvan team on The Kapil Sharma Show because of Salman Khan? Here's the truth

Colors may be the parent channel for Bigg Boss and it was reported that Salman Khan would stay loyal to the channel by not going on The Kapil Sharma Show which has moved to another channel. Also, Color’s rule forbids their artistes from associating with the breakaway rebel-star Kapil Sharma. However, Salman recorded his episode with Kapil on Sunday evening. Also Read - Rashmika Mandanna makes Salman Khan groove to Pushpa song Sami; fans want them in a film together [Watch Video]

Says a source close to the development, “No one actually told Salman that he can’t go on Kapil Sharma’s show. However, being associated with Colors from its inception and having hosted their flagship show Bigg Boss for eight years it was presumed that Salman wouldn’t. No artiste from the channel is allowed on Kapil’s show.” But the actor recorded with Kapil and even did a spoof on KBC as part of the performance. Also Read - Bigg Boss 16: Fahmaan Khan wishes Imlie co-star Sumbul Touqeer for Salman Khan show; 'Aag hai tu'

Salman crossed into forbidden territory. Just last month there was a hue and cry when singer Mika Singh who was part of Comedy Night Live agreed to be a guest on his “friend” Kapil’s show.

Now we are curious how the channel would react to Salman Khan himself breaking this rule for promoting Sultan. Meanwhile, let's wait for the said episode to air!

Sultan is a sports drama directed by Ali Abbas Zafar and also stars Anushka Sharma, Randeep Hooda and Amit Sadh in key roles. The music has been composed by Vishal Shekhar.