Salman Khan has been proven guilty of culpable homicide in the court of law and he has been sentenced to 5 years in jail by the Mumbai Sessions court. Salman's family, friends and Bollywood celebrities are upset with the court's judgement on the 2002 hit-and-run case. While some celebrities have shown support to the Bajrangi Bhaijaan actor without accusing the Indian judiciary of inefficiency, celebrity jewellery designer and Sussanne Khan's sister Farah Khan Ali went a tad bit to far in showing her disapproval of the court's verdict. Also Read - Sussanne Khan's sister, jewellery designer Farah Khan Ali, announces separation from husband DJ Aqeel 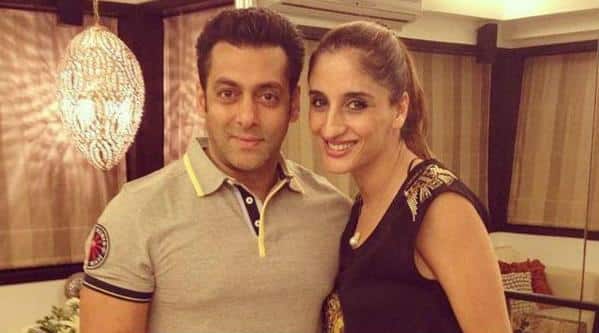 I do feel sorry for the victim and his family and did not say that there should be no punishment. However I feel it should not be maximum.

Salman is genuinely a very good human being and he made a mistake. He did not intentionally want to kill someone & now he has to pay a price — Farah Khan (@FarahKhanAli) May 6, 2015

But to put him away for a very long time is not something I would want to happen to him bec he is responsible for the livelihood of so many — Farah Khan (@FarahKhanAli) May 6, 2015

The govt should be responsible for housing ppl.If no 1was sleeping on d road in any other country Salman wuld not have driven over anybody.

It's like penalising a train driver because someone decided to cross the tracks and got killed in the bargain. #salmankhancase — Farah Khan (@FarahKhanAli) May 6, 2015

Anyway thank u for ur opinions abuses et all. Ur always welcome just like I am entitled 2 voice mine.Will pray tht Salman gets som reprieve

It wasn't long before Farah Khan Ali started getting trolled on Twitter for her rather irresponsible and insensitive tweets on Salman Khan's hit-and-run case verdict. Here are some of the tweets which slammed Farah Khan Ali... Also Read - Coronavirus pandemic: House help of Farah Khan Ali, Sussanne Khan's sister, tests positive for COVID-19

Farah Ali Khan has officially lost it! I get it that u r hurting but dont make such dumb arguments!

Well, we do agree with the Twitterati who are calling Farah out on her opinions which sound nothing short of shallow and insensitive. What are your thoughts on Farah Khan Ali's tweets?