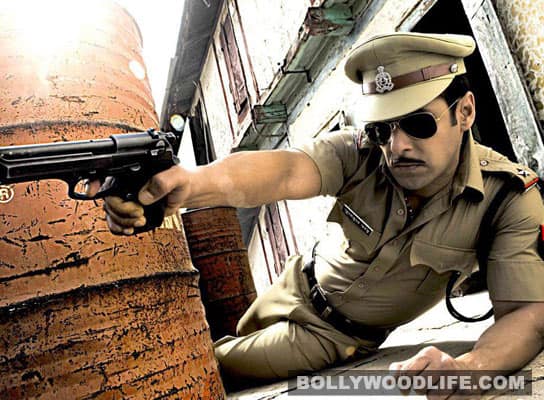 The funniest dialogues can seem strange when translated into English

When it comes to one-liners, Salman Khan has been ruling Bollywood for the past three years. Even Shahrukh Khan’s “haar ke jeetne waale ko Baazigar kehte hain” (he who wins after losing is called Baazigar) has lost footing to Salman’s recent ones. While his lines in Wanted and Bodyguard make you crack up, they can’t beat his lines in Dabangg. They are hilariously funny in Hindi and even more giggle inducing when you translate them in English. So you may want to think twice before you explain to your firangi dost in literal terms what Salman is trying to say. Here’s what you must avoid: Also Read - Tuesday Trivia: When Shah Rukh Khan revealed why his son AbRam didn’t like Kajol

(I will make so many holes in your body, so many holes that you will be confused where to breathe from and where to fa** from.) Also Read - 5 Blockbusters, 4 Hits, 3 Superhits – Shah Rukh Khan was the undisputed KING of the box office in the 90s; Salman, Govinda, Sunny, Ajay, Aamir, Akshay never came close

ALSO READ: Rajinikanth said: The time for me to come has come, the time for you to go has come