Salman Khan spent maximum time with his darlings, Ahil and Ayat during the Ganpati Visarjan of Arpita Khan

Salman Khan is a family man. The superstar is someone who makes sure he does not miss life's precious moments with the family. His sister Arpita Khan keeps a Ganpati at home every year. They did the Visarjan today evening. It happened close to their home. Celebs like Daisy Shah, Iulia Vantur and Jacqueline Fernandez came for the Visarjan. Though celebrations are low-key this year, their visarjan was pretty grand. Salman Khan and Sohail Khan looked extremely involved. However, our eyes were on the kids. Arpita Khan's kids Ahil and Ayat stole the show at the celebrations. Also Read - Bigg Boss 15: Will Pratik Sehajpal follow this game plan to survive the longest on Salman Khan's show? 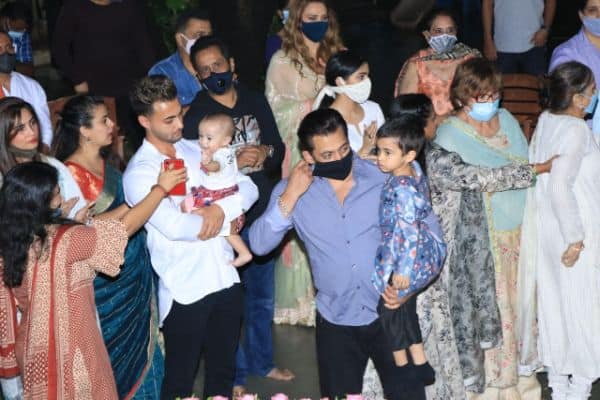 Also Read - Bigg Boss 15: Shamita Shetty fans slam Moose Jattana after she takes a dig at her for participating in Salman Khan's show 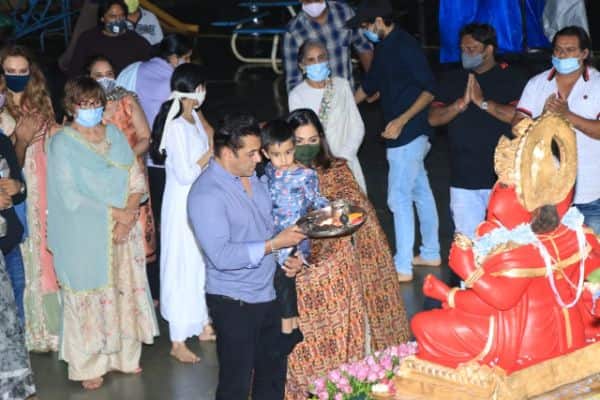 Being an attentive mamu, Salman Khan did not let go of Ahil throughout the ceremony. Ayat stayed with her parents. We saw Salman Khan interacting the infant as well. Salman Khan took Ahil in his lap as they did aarti on Sukhkarta Dukhharta. The little boy was in a blue printed kurta. Iulia Vantur wore a light pink outfit for the occasion. With earrings and curly hair, she looked lovely. In some of the pics, we can see Helen doing the aarti of Ganpati bappa. Yesterday, Salman Khan took centrestage at the aarti. Fans will remember his dance last year during the visarjan. 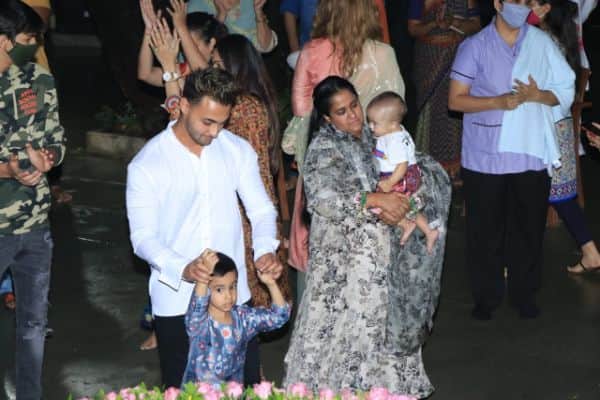 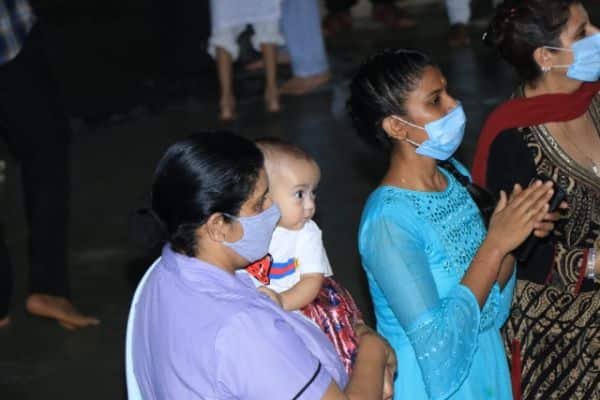 On the professional front, we are gearing up to see him back as the host on Bigg Boss 14. The show should get on air from mid-September. The promos have come on air. He was also supposed to start some work on Radhe in August but decided to postpone it. The film might release at the end of the year. He had been quite busy in his farmhouse. Bhai sang a couple of songs and also shot for the promo of Bigg Boss 14.