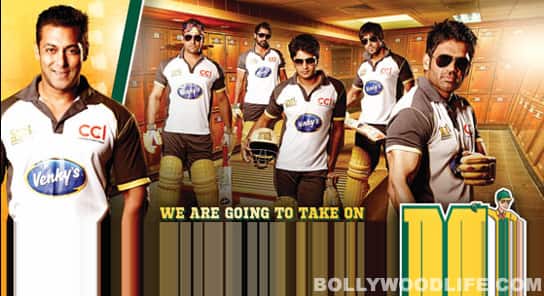 "Salman Khan would not be able to play. His filming schedule and surgery last year have restricted him from playing but he may play in the next season of CCL. He is the icon player and ambassador of our team," said Sohail.Sohail Khan is upbeat about the second season of Celebrity Cricket League and says it is a platform which helps reunite the entire Indian film industry. "It's all about sharing the space together. As we said, there is no barrier and all film industries can be a part of this competitive sport. It is great to see them unite and play cricket in a sporting spirit," said Sohail, who owns the Bollywood team Mumbai Heroes. Also Read - Taapsee Pannu, Parineeti Chopra and more celebs – Check out who's vacationing and where – view pics

The 20-20 cricket tournament has teams not only from Hindi cinema, but also Telugu, Kannada and Tamil cinema. While actor Vishnu Manchu owns Telugu Warriors, L Ganga Prasad of GVR Infra Projects is the owner of Chennai Rhinos, and Ashok Kheny of AKK Entertainment Pvt. Ltd. has Karnataka Bulldozers. "It is great fun and we have a good laugh in the after parties regarding the experiences of the game. We are not cricketers. We are just actors training to play good cricket. Getting everyone together is good fun," he added. Also Read - Aftab Shivdasani is in Southampton to watch India take on New Zealand in the WTC Final – watch video

Sohail's team boasts of actors and filmmakers like Suniel Shetty, Riteish Deshmukh, Aftab Shivdasani, Sohail himself, Sonu Sood, Apoorv Lakhia, Shabbir Ahluwalia, Sunny Singh, Varun Badola, Kabir Sadanand, Raja Bherwani, Angad Bedi, Tushaar Jalota, Sharad Kelkar, Varun Rao, Sachin Joshi, Ashish Chaudhary and Vatsal Seth. After an exciting first season, the second season brings in two new teams Bengal Tigers, owned by filmmaker Boney Kapoor and his actress wife Sridevi, and Kerala Strikers of the Malayalam film industry owned by National Award winning actor Mohanlal. And Sohail says that more teams are likely to join in. "The league is also growing in size. Last year we had four teams, this year we've got six teams and next year we are going to have eight teams and then we are going to end with ten teams. We are going to introduce the Marathi and Punjabi team next year," said Sohail. "Then there will be a Bhojpuri and a Gujarati team. We plan to cover all the film industries of India and it is a great platform for bringing together directors and producers," he added. The Celebrity Cricket League matches will begin Jauary 13 in Sharjah. Also Read - Kanchana actress Raai Laxmi announces her engagement with an unexpected twist — view post