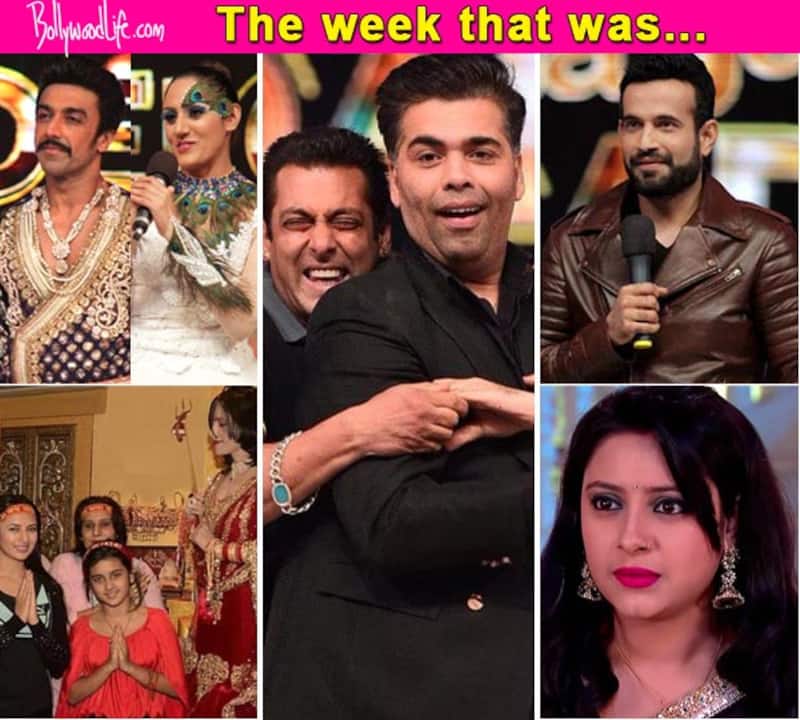 We give you a roundup of all that’s happened in Telly land this week. Read on to know all the latest goss!

#The hottest news of the week was judge Shahid Kapoor’s replacement with Salman Khan. Nope it’s not permanent but a matter of one episode where Salman will be seen alongside his Hero stars Athiya Shetty, Sooraj Pancholi and will nbe joining the judging panel with Karan Johar, Lauren Gottlieb and Ganesh Hegde. With Salman on board, it’s gonna be one helluva an episode! Also Read - Bigg Boss 16: Sumbul Touqeer's father wins hearts with his reply to a netizen objecting the Imlie actress' participation in the show with Sajid Khan

# Another happening news update involving Salman was that the actor will return as a host in Bigg Boss 9. Though earlier there were reports suggesting that Salman may not come back this season, BollywoodLife reported that there is a high possibility of the superstar hosting the show this season. Now that’ s exciting eh?

# Irfan Pathan’s sudden exit from the show, raised several eyebrows. The contestant reportedly opted out of the series, due to prior cricket commitments. Also, BollywoodLife reported that Ashish Chowdhry, Shubhreet Kaur have been eliminated from the show, which created a lot of buzz.

The most controversial news this week was that of Divyanka Tripathi being a follower of Radhe Maa! The Yeh Hai Mohabbatein actress came under the scanner when pictures of her with the self-proclaimed Godwoman were leaked online. The beauty received a lot of flak for following a fraud like Radhe Maa.

Popular TV show Kumkum Bhagya gained spotlight for the sizzling makeover of its lead actress Sriti Jha aka Pragya. The beauty showed up in her hot new avatar which took Abhi( Shabbir Ahluwalia) by surprise. Now, Pragya looks hotter than Tanu and we love it!

Parth Samthaan and Niti Taylor recently wrapped up the shoot of their show Kaisi Yeh Yaariyan. It’s still not known whether MTV’s popular youth show will come up with a season 2 or not. We hope it does! Fab will be missed. Right guys?

# Sasural Simar Ka called for attention when it was reported that it’s actress Pratyusha Banerjee apparently walked in the middle of the shoot, following a tiff with the production house. The same was however rubbished by the actress, who spoke to BollywoodLife exclusively regarding the incident.

# Irfan Khan’s sudden exit from the show, raised some suspicion. Though it was reported that the contestant quit because of prior cricket commitments, BollywoodLife exclusively learnt that Irfan’s exit was scripted! A source while talking to us revealed, “Yes, Irfan Pathan is leaving the show this week. He had to play a domestic cricket tournament and he had told the channel from before, so the organisers had planned his exit to ensure that he doesn’t miss his practice and matches.”

Well that’s a wrap! Keep watching this space for you weekly dose regarding hottest gossip on your favourite TV stars.