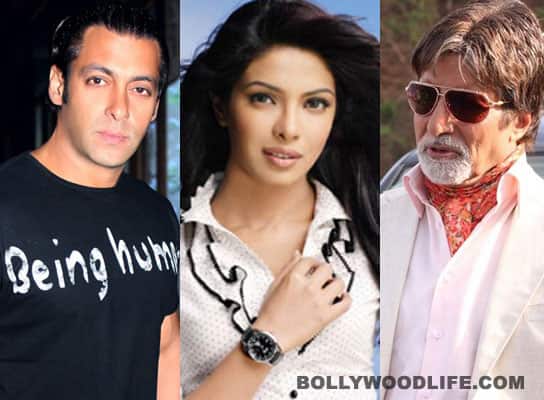 Seems like Amitabh Bachchan can't stay away from work too long, as the megastar is all set play a special part in the cricket's Indian Premier League (IPL) opening ceremony on April 3. The 69-year-old, who underwent two abdominal surgeries last month, will host the ceremony in Chennai. "Asia Cup over soon and then IPL ...opening extravaganza in Chennai .. and yours truly a small part of it ...nervous as hell. April 3 is the day for the opening, preparing for it already...getting back into the grind," he tweeted. "And yes the show will be on Sony...meeting all the Captains and teams will be such an honour ..seen all of them on TV, now personally," he added. Not just Big B, but Bollywood stars Salman Khan and Priyanka Chopra are also touted to be performing at the ceremony to be held at the YMCA in Chennai. And joining them will be south actor-director Prabhu Deva. Also Read - Trending Entertainment News Today – Prabhas, Amitabh Bachchan, Deepika Padukone's Project K goes on floors, Shilpa Shetty supports her husband Raj Kundra and more

Season 5 of the IPL will feature 76 matches, over a period of 54 days in the month of April and may. A total of nine teams are participating in the cricket league. "Mr Bachchan will play a part in IPL opening ceremony," said BCCI vice-president Niranjan Shah. Looks like it's gonna be one rocking ceremony this year! Also Read - Project K: Prabhas welcomes 'Guru of Indian Cinema' Amitabh Bachchan as Nag Ashwin's sci-fi thriller goes on floors – view pic

With inputs from agencies