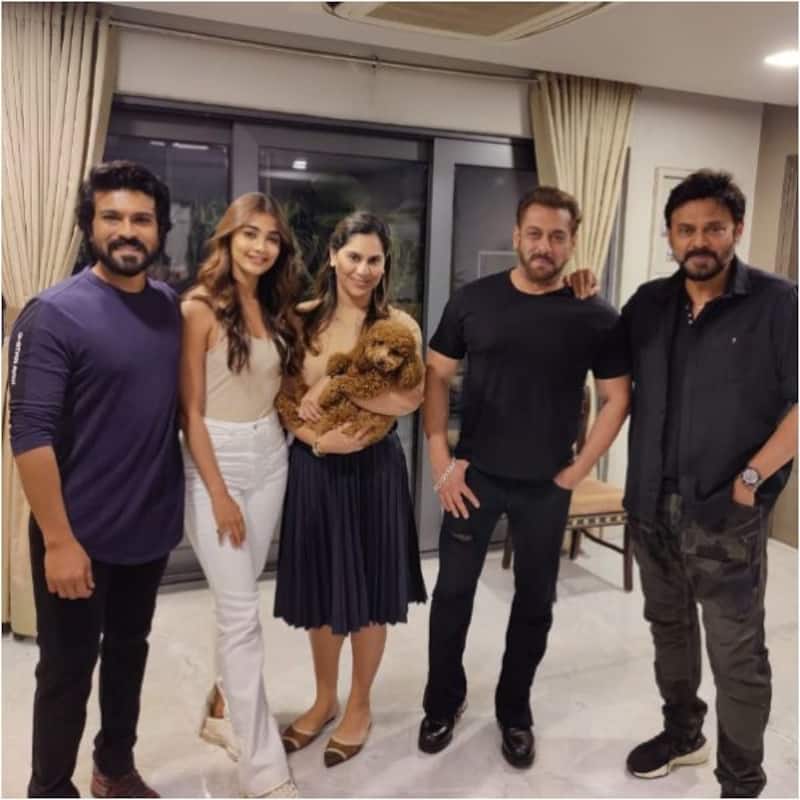 Salman Khan is currently shooting for Kabhi Eid Kabhi Diwali in Hyderabad. The actor has been meeting many stars down South. A few days ago, he was at Chiranjeevi’s house for a dinner bash that the Telugu star had hosted for Vikram actor Kamal Haasan. Recently, Salman and his co-star Pooja Hegde went for dinner at Ram Charan’s house, and even Venkatesh joined them. The picture of Ram, Salman, Pooja, Venkatesh, and Charan’s wife Upasana Kamineni Konidela has gone viral on social media. Also Read - Throwback Tadka: Masaba Gupta opens up on the risk of plunging from fashion to acting with Masaba Masaba; reveals how nervous she was [Exclusive Video]

Well, there have been reports that Ram Charan will be seen in a cameo in Kabhi Eid Kabhi Diwali. The film already stars two big names from the South film industry, Pooja Hegde and Venkatesh, and if the reports of Ram’s cameo turn out to be true, it will surely be interesting to watch him with Salman on the big screen.

Directed by Farhad Samji, Kabhi Eid Kabhi Diwali is all set to release in December this year. The movie also stars Shehnaaz Gill and Jassie Gill.