Salman Khan sends out a sweet message for his little fan who cried after watching Bajrangi Bhaijaan! 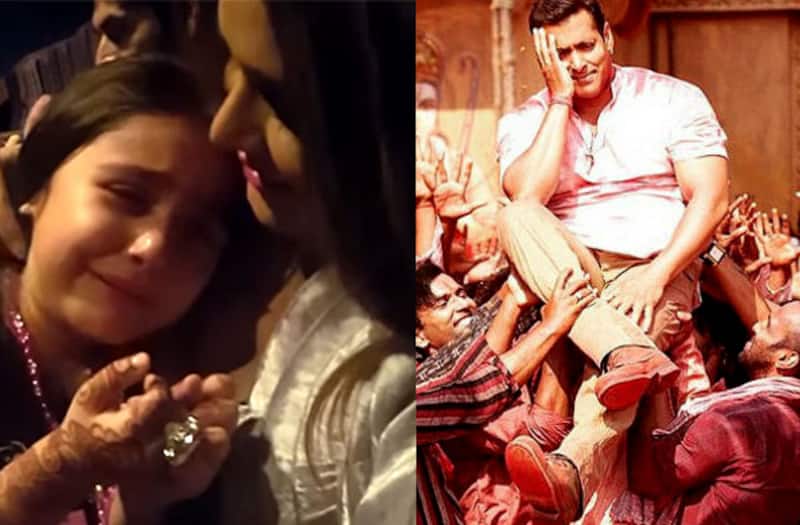 Remember the little girl who bawled like a baby in her mother's lap after watching Salman's latest release? Well, Salman just sent a super cute message for her!

A video of a little girl crying profusely in her mother's lap after watching Salman Khan's Bajrangi Bhaijaan went viral recently. The said girl is seen in tears, crying inconsolably as her mother asks her, "Why you want Salman Khan? (sic)" and the tiny tot replies, "I love him!" The video was shared by Bajrangi Bhaijaan's director Kabir Khan on Twitter and he said, Also Read - Malaika Arora pregnancy: Arjun Kapoor SLAMS media house for a fake report; Malaika Arora fumes 'F**king disgusting'

"This little girl's reaction at the end of my film is truly overwhelming" Also Read - Shah Rukh Khan to Salman Khan: MOST expensive vanity vans owned by Bollywood celebs that cost a fortune

This little girl's reaction at the end of my film is truly overwhelming http://t.co/NN9GjcSK41

Turns out Salman was equally overwhelmed after watching the little girl's innocent love for him. He took to Twitter to send out an adorable reply to his little fan by sharing her video on his timeline and he said, "I love you too..." Also Read - Samantha Ruth Prabhu, Salman Khan, Shah Rukh Khan and other stars who sought treatment abroad for health complications

AWW! Isn't that the sweetest thing ever? We think that the little girl must be ecstatic on finding out that her favourite actor aka Bajrangi Bhaijaan took time out to send her a personal reply! This is a die-hard fan's dream come true, right?