Salman Khan to star in REMAKE of Tridev; hunt on for other cast members? [Exclusive]

Apparently, original director Rajiv Rai approached Salman Khan with the idea and he loved it. As the Tridev remake is expected to have a completely contemporary touch, a new director is being sought along with the rest of the cast. 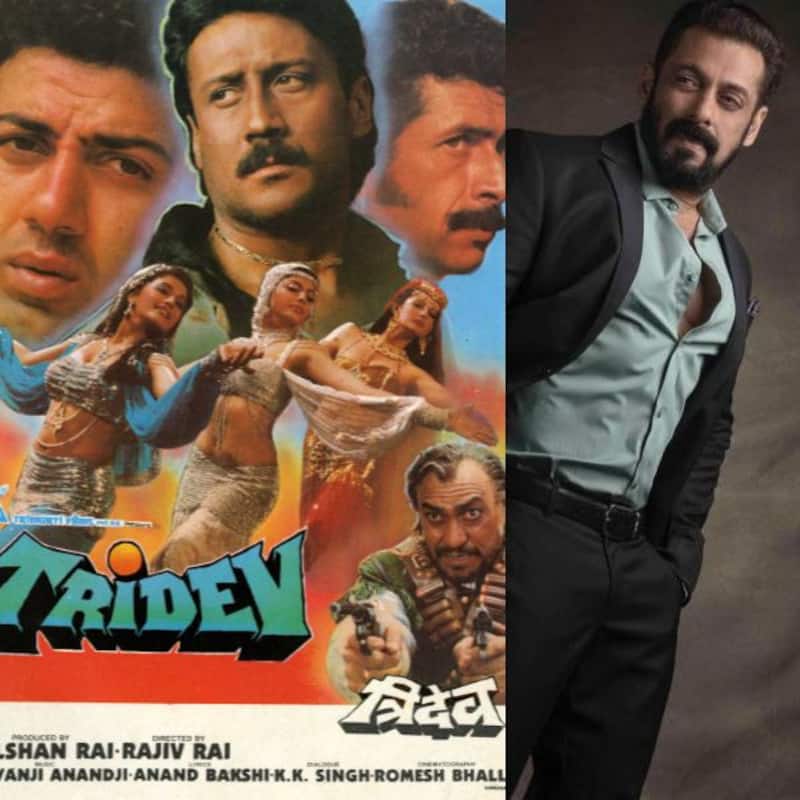 Bollywood has had a love affair of remaking its own films as also South cinema since the longest time and there appears to be no end in sight. Salman Khan and Akshay Kumar have been two superstars synonymous with remakes from the South more than anybody else. And now we hear that Salman bhai is set to add yet another remake though, this time, it won't be from the South, but closer home. In other words, he's touted to headline a remake of an erstwhile Bollywood classic. So, which is it? The answer is 1989's Tridev, starring Sunny Deol, Jackie Shroff, Naseeruddin Shah and late Amrish Puri amongst others. Also Read - Shah Rukh Khan, Hrithik Roshan, Sonu Sood and more Bollywood actors who have the best six pack abs

A well-placed entertainment news source within the industry has exclusively apprised BollywoodLife that Salman Khan is in talks to star in the remake of Tridev. Apparently, original director Rajiv Rai approached Salman with the idea and he loved it. As the Tridev remake is expected to have a completely contemporary touch, a new director is being sought along with the rest of the cast. An announcement about Salman doing the film and other details is expected in the near future. Also Read - Trending Hollywood News Today: Kim Kardashian and Kanye West not getting back together, Wednesday trailer ft Tim Burton's Addams Family and more

It seems that Salman Khan is well and truly facing the heat these days of his life being in danger. If reports are to be believed, then the Tiger 3 superstar has upgraded his regular mode of car travel to a Toyota Land Cruiser, with his current vehicle featuring bulletproof glass and armour. Apparently, this version of the Toyota Land Cruiser isn't the all-new model, but the one from the previous generation, and was recently spotted coming out of the driveway of Salman Khan's home, Galaxy Apartment in Bandra, Mumbai. Also Read - Jr.NTR making Hollywood debut; check out the list of South Indian stars who have already worked in Hollywood movies