Salman Khan s love for his baby sister Arpita Khan Sharma is boundless and its is getting ignited each day. Khan is known for showering his unconditional love to his sister and now yet again he showered his love to her by gifting a brand new car!

We all wish we had a Bhaijaan like Salman Khan…

We all know that Salman loves his sisters unconditionally and spoils them silly. So it comes as no surprise, when now turned-Mammu gifted his baby sister Arpita a black sleek BMW on her son Ahil's arrival. Whoa! Also Read - Bigg Boss OTT: Neha Bhasin tags herself as a fearless person; says, 'I have always taken extreme experimental steps in my life'

As per reports in a leading daily, “It’s celebration time in Khan Family as Arpita Khan delivered a baby boy on March 30. Arpita was discharged from the hospital yesterday and she headed towards her home, unaware of brother Salman’s surprise. Khan had planned to surprise his sister by gifting a brand new car on this occasion”. Also Read - Rubina Dilaik and Abhinav Shukla dish out #couplegoals in these pictures from their Goa vacation

This is not the first time Salman Khan has made his sister feel extra special. On all her important occasions, Salman has gone that extra mile to make her happy.He made sure she had a dream-style wedding to business man Aayush Sharma at the regal Faluknama palace in Hyderabad. He also gifted the newly-wed couple a lavish abode at Carter Road in Bandra along with a posh car. It's not only Salman but sister Arpita too dots for her brother and has a soft root for him too.. Also Read - Bigg Boss OTT: 5 things we can expect from the Karan Johar hosted show 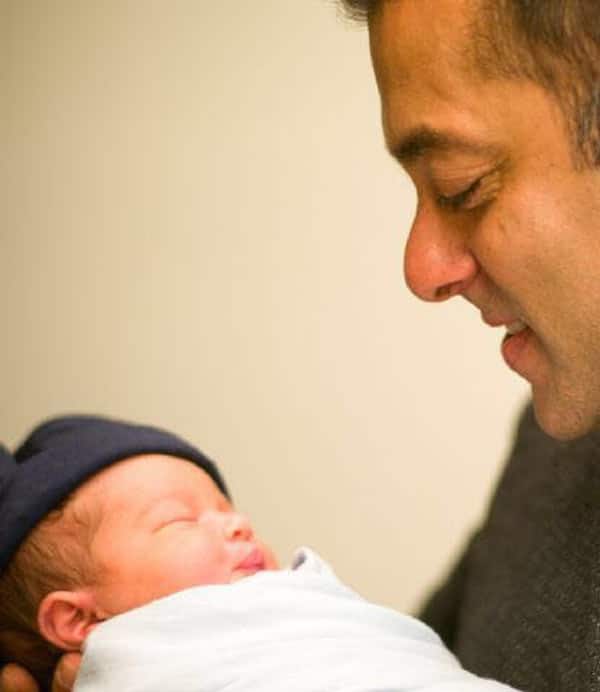 Now with Ahil's arrival, Bhai has one more reason to shower her with surprises. Arpita Khan Sharma is sure lucky to have a brother like Bhai but we think, Salman considers himself far luckier for having a nephew like Ahil. For now, Salman only has eyes for adorable Ahil and we can't complain!

See the video below of Arpita Khan leaving the hospital with Hubby Aayush Sharma and baby Ahil..