Salman Khan used a really funny caption for his picture with Bharat co-star Katrina Kaif and it has left us to go aww and ROFL at the same time. Check out the post... 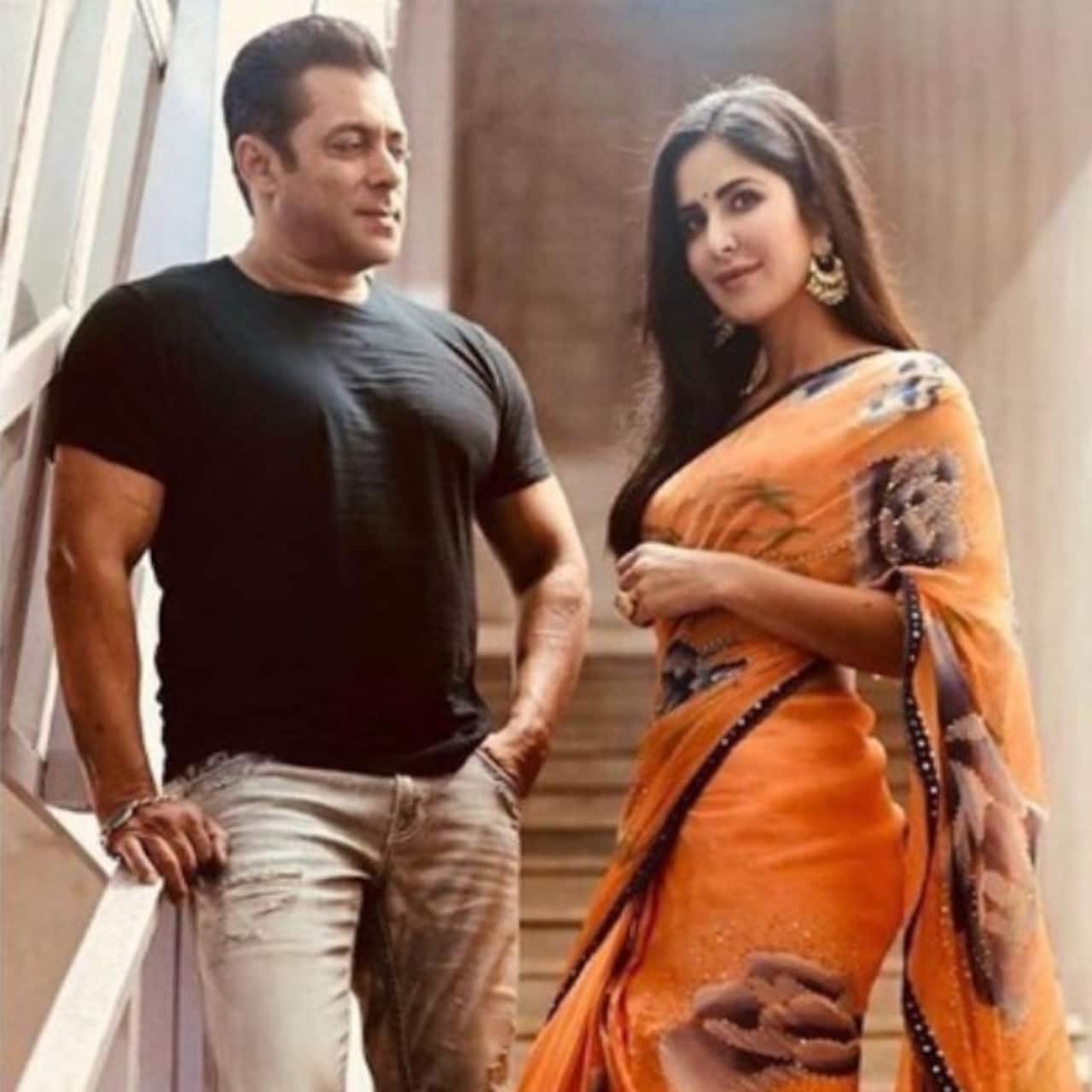 Salman Khan and Katrina Kaif are busy promoting their upcoming film Bharat together. The Ali Abbas Zafar's directorial releases this Wednesday on June 5. And during the promotions, the duo is clicking some really cool pictures. Recently, for one of the promotions, Salman and Katrina clicked a really uber-cool photo, however, our attention was caught by the caption. Salman used a really funny caption that has left us to go aww and ROFL at the same time. The Bharat actor gave a twist to the Hindi phrase, Seedhi Saadi Ladki (A sweet simple girl). In the picture we see Katrina wearing a saree and the two posing together on a staircase. Also Read - Alia Bhatt pregnant again after Raha Kapoor? Take a look at Bollywood actresses pregnancy rumours that left us stunned

Salman wrote a caption in the Devanagari script, "Seedi, saari ladki (stairs, sari and the girl)." And we cannot stop giggling. Also, we need to mention that both Salman and Katrina look AMAZE in the picture! Such chemistry in one single photo. Sigh! Also Read - Bigg Boss 16 Promo: Shiv Thakare gets furious over Nimrit Kaur Ahluwalia as contestants pick a name for elimination? Soundarya Sharma in trouble [WATCH]

Check out the post here... Also Read - Bigg Boss 16: Netizens term Priyanka Chahar Choudhary as a 'fixed winner' as Salman Khan expresses his desire to work with her

This is not the first time the actor is pulling her leg. Salman is known for pulling Katrina's leg. For instance, recently on a show, when Salman was asked which alternative career option should Katrina have, he said, "She should be married and produce children." They both burst into laughter soon. When Katrina was asked the same question, about an alternative career choice that Salman should have, Katrina in the show said, "Salman Khan should be a counsellor or people advisor," Katrina further added, "Salman is a funny guy and someone who really gives you your space and just observes. There is a certain system which Salman has and it could be tough sometimes."

The Ali Abbas Zafar's directorial revolves around Bharat who transforms from the age of 18 to 70 and his journey along with the nation.