Salman Khan's Dabanng 3 to be delayed?

Salman Khan torn down between siblings Alvira Agnihotri and Arbaaz Khan? Will he choose to do Alvira's project next year or will Dabanng 3 will be his first preference? 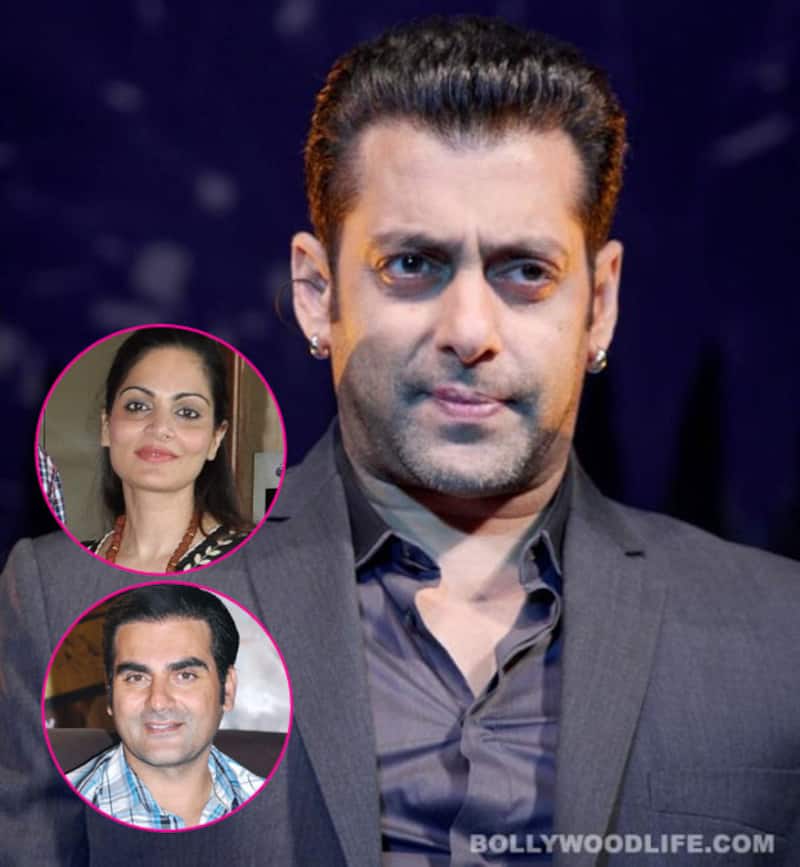 Right now Salman Khan is juggling between Bigg Boss 1o and his Bollywood projects. One of the most anticipated films Dabanng 3, the third installment of Dabanng was supposed to go on floors next year but now it seems like the project might be delayed. Why? Salman has signed sister Alvira Agnihotri's film which is to go on floors at the same time as Dabanng 3 states a report in Filmfare. So now Bhai is in a fix. He just cannot pick whose film he should opt to do first. They are both his siblings and he surely is going to have a tough time picking up which film he should opt to do first. Also Read - Trending Entertainment News Today: Disha Patani sparks lip and nose job speculations; Urfi Javed's reaction on Alia Bhatt's pregnancy grabs eyeballs and more

Since Salman is a big star, he barely has dates available. And now that both his siblings have signed him for their films, he can't start shooting for both the films simultaneously. That's just not possible.. And in that case, one of the films will have to be put on hold, we are assuming. The actor who has recently returned from Manali completing his Tubelight schedule is currently busy shooting for Bigg Boss 10. Dabanng and Dabanng 2 had Sonakshi Sinha in the lead role opposite Salman. And now for Dabanng 3 also, Sonakshi is likely to be paired with Sallu. Speculation has been rife whether Sonakshi Sinha will be a part of Dabangg 3 or not. She says, “I am what I am because of Dabangg. It’s my first film, my first character. I will always be grateful and loyal to that film. So even if they need me for a guest appearance, I will do that role.” She elaborates that the script is not in place and they are still working on it. (ALSO READ: Did Sonakshi Sinha just CONFIRM being a part of Salman Khan’s Dabanng 3?) Also Read - Avrodh 2 actress Aahana Kumra says she can't relate to Salman Khan shaking his buttocks and doing Dabangg

But it's going to be a rather tough choice for Khan to choose between Alvira's film and Arbaaz's Dabanng 3. Tell us guys, which film should he choose to do first - Dabanng 3 or Alvira's film? Post your thoughts and views in the comments section below! Also Read - Shruti Haasan's PCOS and endometriosis, Shenaz Treasurywala's face blindness and more Bollywood actors who faced severe health issues