Here are ALL pics from Salman Khan's grand Eid party that was held last night....

Eid is all about celebrating love and Salman Khan did exactly that by spending time with all his favourites yesterday! While he greeted his hundreds of fans by waving at them from the balcony of his Galaxy apartments. He hosted a grand Eid bash on the very same night with who's who of Bollywood in attendance. Yes, it seemed like Salman didn't want to miss out on anyone for he invited his ladies right from Sonakshi Sinha to Jacqueline Fernandez to his Judwaa brother aka Varun Dhawan. It indeed looked as if galaxy of stars had descended at Salman's Galaxy apartment last night. Also read: The sight of Salman Khan waving at his fans with love is pure Eid happiness - view HQ pics! Also Read - Pathaan: Shah Rukh Khan CONFIRMS Salman Khan's cameo as RAW agent; shares his experience working with the Dabangg Khan

Of course, we missed Shah Rukh Khan and Salman's annual hug, this Eid. I mean, even at Baba Siddique's Iftar party, the superstars couldn't be around at the same time. But that doesn't mean they didn't meet or wish each other this Eid. Buzz is that Salman stopped by Mannat on the Iftar night and met SRK for sometime. So that way, Salman's Eid turned out to be quite a memorable one. Here, check out ALL the pictures from Salman's Eid 2017 bash last night: Also Read - Shehnaaz Gill grooves to Dil Na Jaaneya as she enjoys the sunset on a boat; fans are glad that she is 'embracing life the way she needs to' [VIEW TWEETS] 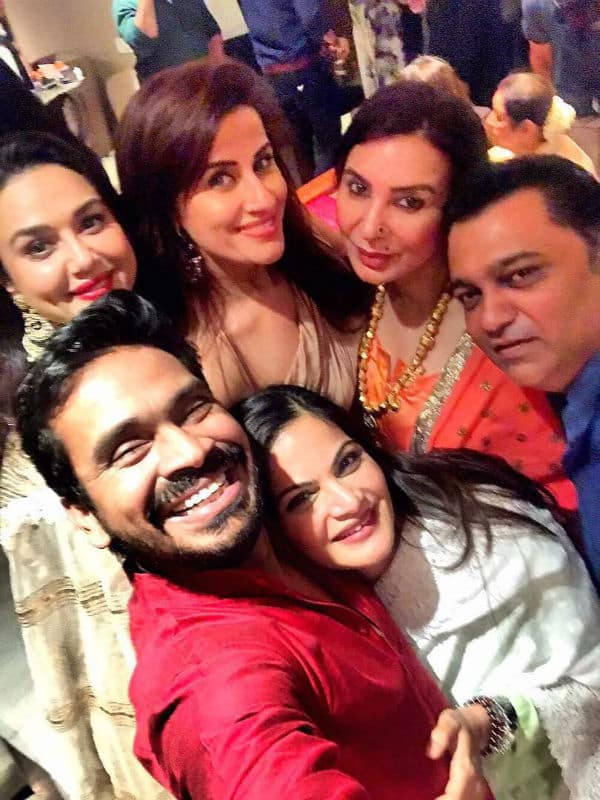 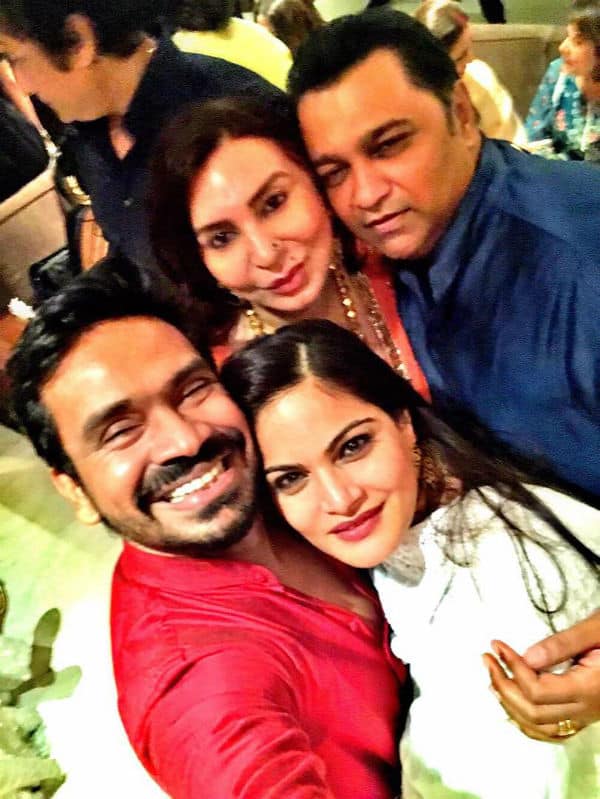 Salman's rumoured girlfriend Iulia Vantur was pretty much a homie last night. She joined Salman's family in the preparations and played the perfect host. Here, check out a couple of pictures of Iulia bonding with Malaika, Preity, Jacqueline among others...

Ex couple Malaika Arbaaz too came together and joined the Khaandaan for the Eid celebrations. In fact, they even clicked one of the most adorable selfies with Malaika's sister Amrita in company. Now such is the warm bond they share and will continue to share forever...

And finally, we come to the man of the moment aka Salman Khan! While the papz couldn't get a glimpse of him outside Galaxy. Maniesh Paul shared an inside pic with Salman and boy, how handsome does he look here? Wearing a casual black tee on jeans, we love how Salman always remains in his cool self.

All in all, this Khan special Eid party turned out to be quite a memorable one. Keep watching this space as we'll be back with more updates, right here only on BollywoodLife.