Salman Khan's family picture proves why he was the best choice to star in Prem Ratan Dhan Payo! 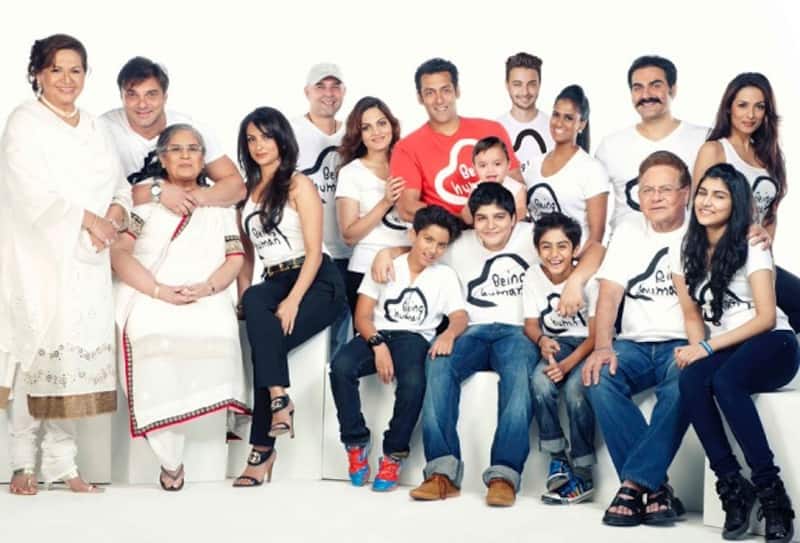 While his Diwali release, Prem Ratan Dhan Payo, is roaring at the box office, I tell you why Salman was the perfect choice by director Sooraj Barjatya to star in PRDP. In the film, Salman is shown as a family man, who cares about his step sisters and step brother more than anything else. Incidentally, even real life, Salman is a lot like his PRDP character. I realised this after I saw the family picture which Salman had recently shared on Twitter. Also Read - Avrodh 2 actress Aahana Kumra says she can't relate to Salman Khan shaking his buttocks and doing Dabangg

Just like the film PRDP, even in real life Salman is the shining star of his family, keeping his entire clan close and bonded. His equation with his brothers Sohail and Arbaz is terrific, and his affection towards his sisters Alvira and Arpita is heart warming. Thus, I feel Salman, who considers his family as the biggest asset, is the best choice for Sooraj Barjatya's PRDP. And the earth shattering response shows that Mr Barjatya's decision to cast the family man Salman in PRDP is one of the best decisions he has ever made. Also Read - Shruti Haasan's PCOS and endometriosis, Shenaz Treasurywala's face blindness and more Bollywood actors who faced severe health issues