What happens when you have Bajrangi Bhaijaan is in the house? Not a tough one - GALS GO MAD!!!

Salman Khan is in Dubai rehearsing his act that is set to take the city by storm on May 29. We hear the actor landed in the city and immediately left for the rehearsals. It seems the actor is very serious about his commitments and won’t leave any stone unturned to make sure it turns out to be a starry night. From the look of it, the actor is working real hard but not without some clicks! Also Read - 4 Salman Khan fun moments from AIBA 2015 - view pics!

We happened to find a few pictures from his rehearsals which show him taking a breather to click a few pictures with his fangirls who perhaps are part of his act. While Salman shows off his lovely charming smile, the girls aren’t able to contain their excitement to click few pictures with the most beloved Khan. Well, you might notice the pictures are pretty much alike with Salman grinning ear to ear in both of them. But it is the excitement of the girls next to him that catch your eye. Also Read - AIBA 2015: Priyanka Chopra grooves to Dil Dhadkne Do and the crowd erupts! 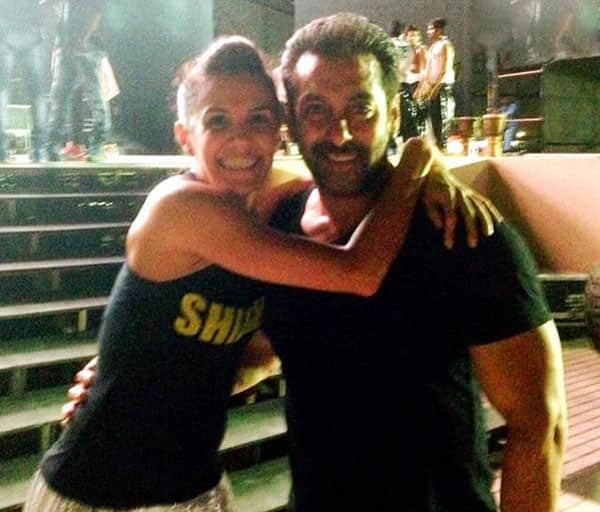 The other one poses like a pro! Atta girls...! 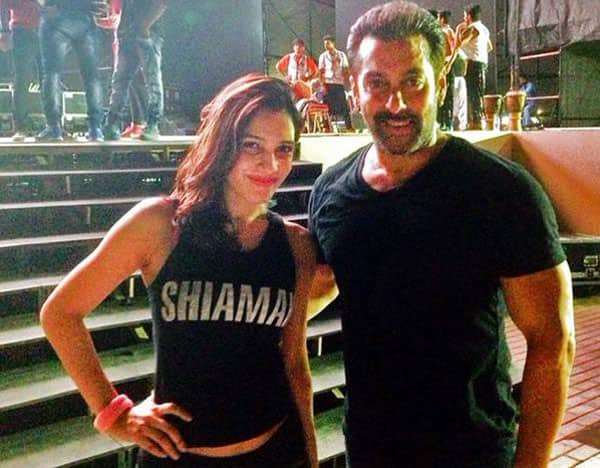 Do we hear jealous hisses from Salman’s female following? We thought as much!