Not every double role films have touched your heart like these!

Ever since I was a child I always had a soft corner for movies where the lead actor played two or multiple roles in the same movie! It is fun to watch ac actor play multiple version, especially when they come on screen at the same time! Also Read - Nayanthara turns photographer for Vignesh Shivan on their Thailand honeymoon - View Pic

In Bollywood, there have have been many films where lead actors play double roles. Some prime examples are, Amitabh Bachchan in Satte Pe Satta, Anil Kapoor in Yudh, Dev Anand in Hum Dono, Rishi Kapoor in Bol Radha Bol, Sridevi in Khuda Gawah and Lamhe, Govinda in Aankhen, SRK in Duplicate and even Aamir Khan in Dhoom 3! Also Read - Bigg Boss 16: Will Salman Khan return as the host of the next season? Actor REVEALS

However, when it comes to the best, we love the below ten Double Trouble films! Also Read - Ms Marvel: Amitabh Bachchan’s song from Don makes it to new MCU web series; here's how Big B reacted [View Tweet] 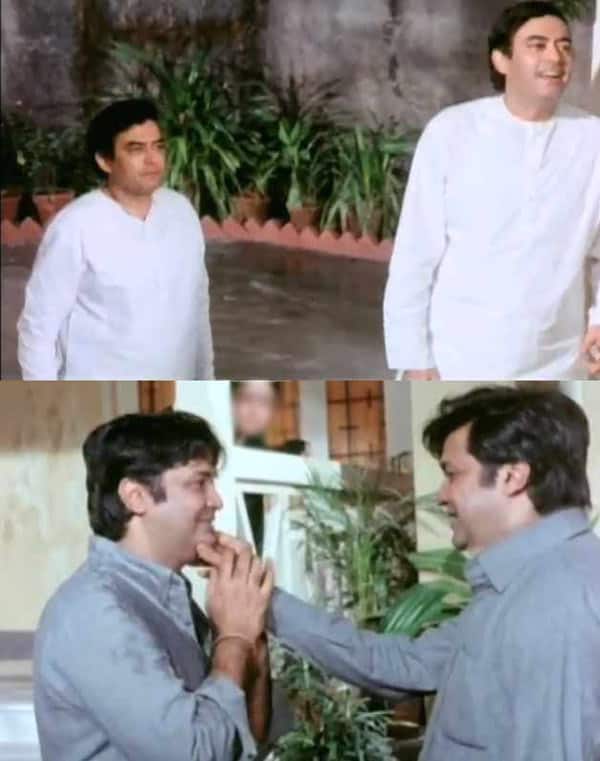 Angoor is one of the best comedies ever made in Bollywood. This retelling of Shakespeare's Comedy of Errors is also the very few instances where Gulzar is in touch with his lighter side. Sanjeev Kumar and Deven Verma both play double roles here as identical siblings, who get separated during childhood (this trend will keep on repeating at many places in the list!). As they grow up and cross paths with each other again in the adulthood, more confusion (read, hilarity!) ensues! If you haven't seen this film, you have never known what a jocular person Gulzar saab is! The original Don is one of the cult classics of Bollywood, and easily one of the best Amitabh Bachchan roles ever. Here he plays a ruthless underworld kingpin, who gets killed, and his doppelganger, a village bumpkin, who is sent in his place by the police to smoke out his remaining gang members. In the reprise of the film, SRK gets to play both the roles. However, there is a HUGE twist! Spoiler alert: the real Don never dies here, as he kills his doppelganger and switches himself with the other guy! 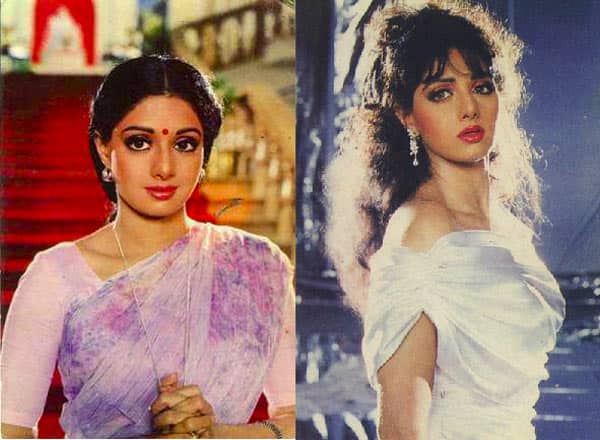 The theme of Chaalbaaz (separated siblings, one is tortured by his/her relatives and the other is a street smart guy/girl who can take on anyone, and they accidentally switch places!) is seen in quite a few films like Dilip Kumar's Ram Aur Shyam, Hema Malini's Seeta Aur Geeta, Anil Kapoor's Kishen Kanhaiya and even Kajol's Kuch Khatti Kuch Meethi. However, I have a soft corner for Sridevi's Chaalbaaz, where the actress is in top form, playing the coy and tortured Anju, and the rebellious and headstrong Manju. She is ably supported by Sunny Deol, Anupam Kher, Shakti Kapoor and a scenery-chewing Rajinikanth! 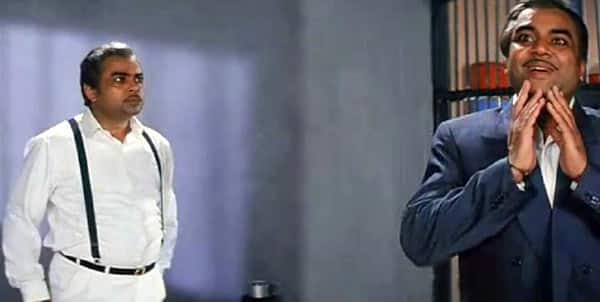 One of the most overlooked performances when Andaz Apna Apna was released, in face of Aamir Khan and Salman Khan's star power and antics, Paresh Rawal's double role gained significant popularity and following over the years, especially after his career-defining Baburao act in Hera Pheri! Though he played siblings in the movie who are at the opposite ends of the spectrum, both the characters manage to endear us with their spicy and salty performance! After all, how can anyone hate that spin on Hamara Bajaj! 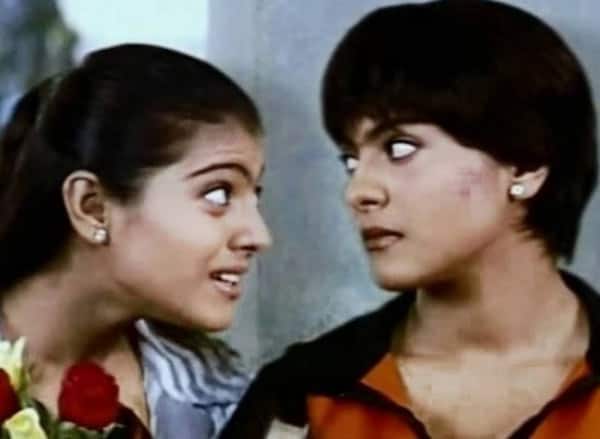 Dushman is a film we kind of ignore when we speak of films where the lead plays double roles. However, that is not a our fault, but the film's biggest strength as it doesn't use the double role trope as a mere selling point to work gags based on confusing identities. Kajol plays identical twins here, of which one gets raped and killed by a maniac (Ashutosh Rana in an award-winning role), and the other seeks revenge with the help of a retired blind army general (Sanjay Dutt). Kajol gives the finest performance of her career in this film! 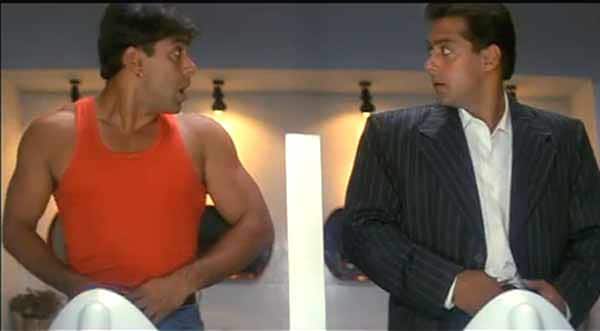 Salman Khan takes the siblings-separated-at-birth to completely nonsensical yet enjoyable levels in this mad caper David Dhawan film, which also turned out to be one of the biggest hits of his career. He plays Prem Malhotra, a quiet and simple guy returning to India from US, as well as his street-smart brother Raja who always finds himself in trouble with the police. Karishma Kapoor and Rambha play the heroines, and there are several chartbusters like Oonchi Hai Building and Tan Tana Tan. 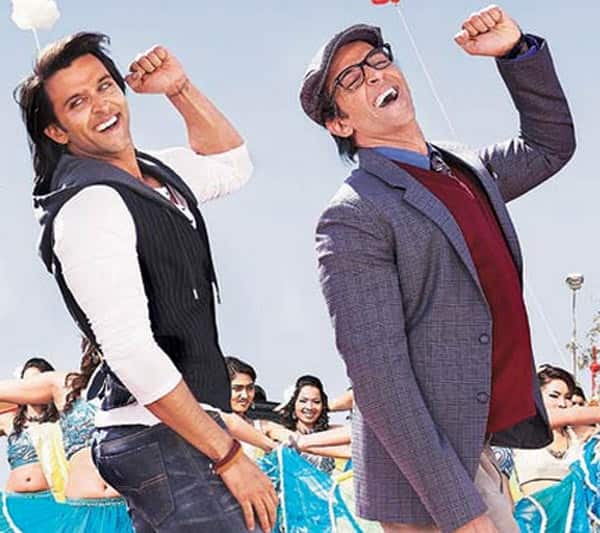 Though Hrithik played a double role on his super-hit debut film, Kaho Na...Pyaar Hai, it's his double act in his superhero film Krrish and its sequel, that won many hearts! The most poignant scene is the franchise remains the scene where the superhero son meets his long time believed-to-be-dead father at the villain's den! Kudos to Hrithik for performing both the roles so admirably! 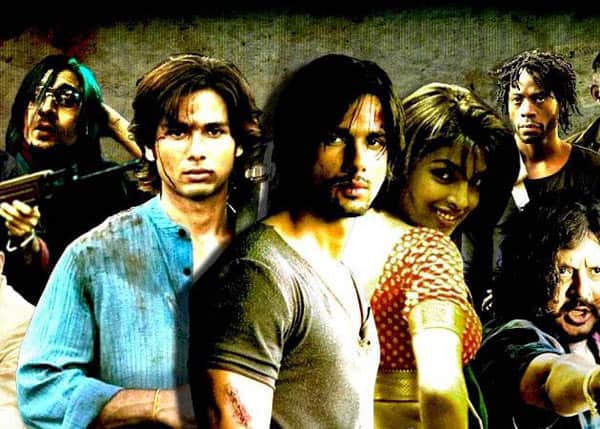 One of Shahid Kapoor's best role, okay, make that two, came in his first collaboration with Vishal Bharadwaj. In this black gangster comedy, he plays two estranged twins, both having different speech defects. Charlie is a devious bookmaker, who lisps, while Guddu is a do-gooder, who stutters! It's to Shahid's credit that he manages to make both the parts believable, without making them laughable! One of Prabhu Dheva's better works, Akshay Kumar plays a fearless inspector trying to get rid the evil and the corrupt from a village, and his con-man lookalike who takes the place of the former, when he gets killed. In both the role, Akshat gets the flex his muscles as well as his comic skills to provide us with a time-pass entertainer! 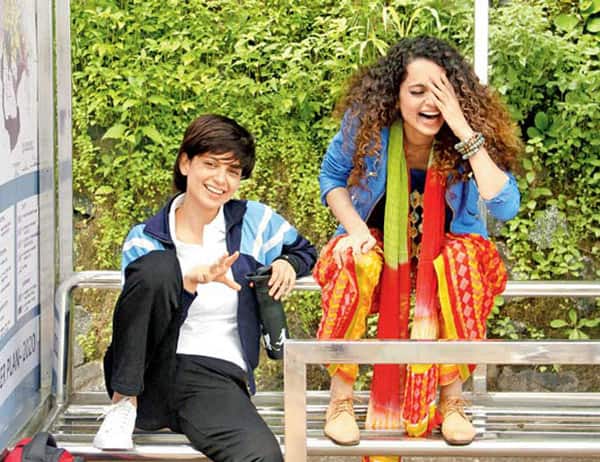 In the sequel to her hit film, Tanu Weds Manu, Kangana Ranaut reprises her original role, a brash flirtatious girl who has no qualms in sending her husband to mental asylum just to win the battle of sexes. However, she was the best when she played a 20-something Haryanvi athlete, with pixie cut and an accent to boot! This character remained the best part about the film!