Salman Khan's pictures with his London Dreams team are just TOO DAMN CUTE!

They got together for some clicks and we love them! 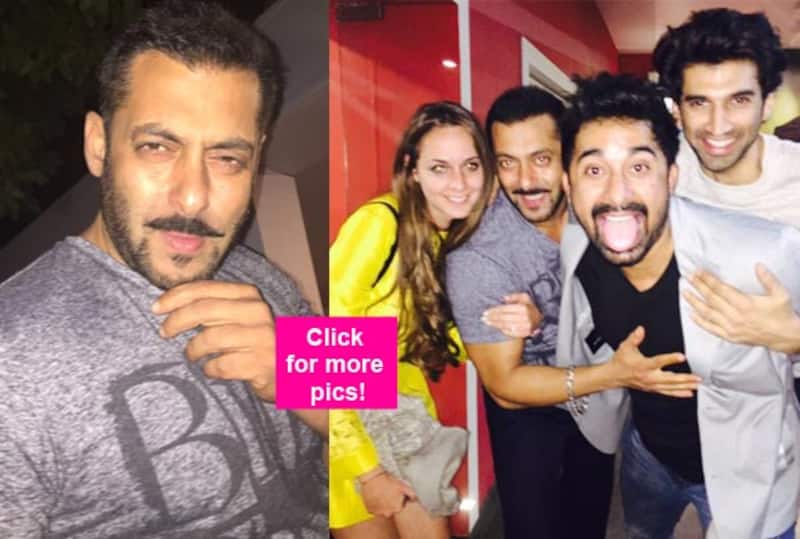 A reunion we really loved to see...do check out Bhai's selfie!

Salman Khan yesterday seemed to be in a great mood. He greeted everyone, explained why he always finishes the episodes with 'DO whatever you want man, but don't trouble your mother', made our hearts race by looking deeply into Katrina Kaif's eyes and much more. He was the only thing that saved the show from drowning because the performances were really boring. Was he happy that the show was finally over? Psst...! Jokes apart, the actor was clearly having fun and that spilled off the camera too. Salman shared pictures with his London Dreams team and we have got to admit, they are adorable! Also Read - Trending Entertainment News Today: Disha Patani sparks lip and nose job speculations; Urfi Javed's reaction on Alia Bhatt's pregnancy grabs eyeballs and more

If you remember London Dreams, it has Salman Khan has a desi rooted to his motherland guy who sings really well. But London happens and something goes off-track. The film had Ajay Devgn too has his bestie whose insecurities get the better of him. The pictures that Salman shared has Rannvijay Singh, Ajay's band member and Aditya Roy Kapur, another member of the band having fun in front of the camera. Ranvijjay is expressing the most while Aditya smiles like a hottie. But it's Salman Khan's twinkling eyes with a broad smile that catch your imagination more. Do check out his selfie! This man really knows how to make our hearts skip a beat. Also Read - Avrodh 2 actress Aahana Kumra says she can't relate to Salman Khan shaking his buttocks and doing Dabangg

We won't digress and will now let you check out the pictures now! Also Read - Katrina Kaif wants Vicky Kaushal to have a beard like Hrithik Roshan; he replies, 'We need to talk'