Salman Khan watched buddy Aamir Khan's Dangal and this is what he had to say... 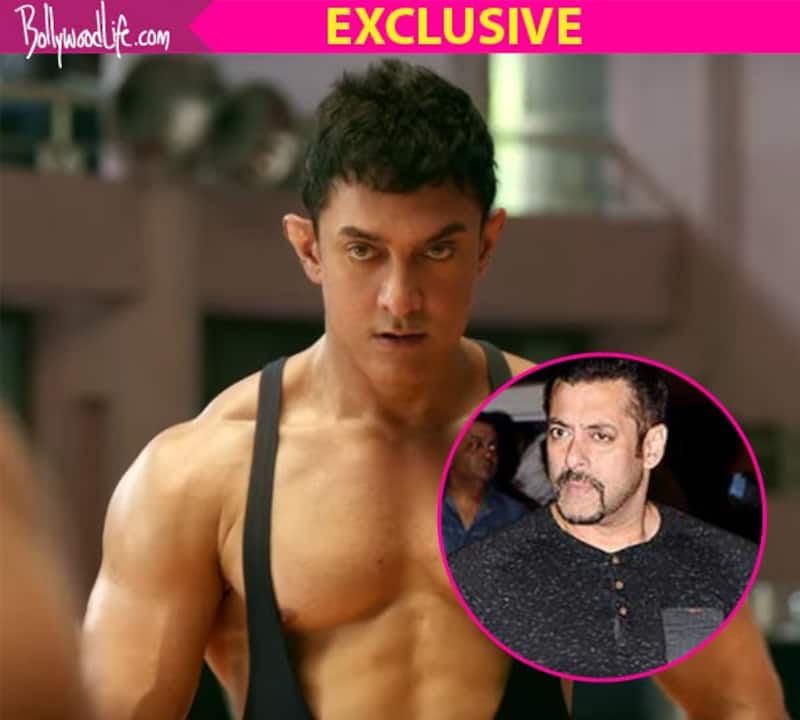 Aamir Khan literally left everyone stunned with his much awaited Dangal trailer. There was only one word to describe and that is SPECTACULAR. Anyone and everyone just couldn’t contain their excitement for the film. But most of them got a major déjà vu feeling after watching the trailer and all thanks to Salman Khan’s Sultan. Now we all know both the films are based on wrestling and obviously people will draw comparisons. Most of the scenes in Dangal trailer do remind you of Sultan. Like Aamir’s Haryanvi accent, his dhobi pachad moment, riding a scooter and extra. Like many, even Salman feels that Dangal trailer has a lot of similarity with Sultan. Yes! A close source to the actor reveals, “Salman Khan watched Dangal trailer when he was shooting for Tubelight in Manali. After watching the trailer, he too observed the scooter and the sweater scene and found it similar to his wrestling drama”. Also Read - From Shah Rukh Khan to Sonu Sood: Bollywood celebs unfurl the Tricolour at home [View Pics]

Earlier there were reports that Aamir Khan got scared after he watched Sultan trailer as it was very similar to his film Dangal. It is also said that the actor made a lot of changes in the film. During Sultan interview, Salman was informed that Aamir is extremely worried after watching Sultan trailer. Salman said, “Why should he be worried, he has Dangal. I have read his script, it’s way better. In fact if I would have got an opportunity, I would do both the films, first Sultan, then Sultan Ka Dangal”. Also Read - Mona Singh on 'Boycott Laal Singh Chaddha' trend: 'What has Aamir Khan done to deserve this?'

Also Aamir was bombarded with questions of Dangal trailer being compared with Sultan, The actor during the Mami film festival had shut down all the comparisons with a kickass answer by saying, “I don’t want to say anything, when people will watch the film, they will understand”. Now we hope even Salman will understand what Aamir is trying to say after watching Dangal. Talking about Dangal and Sultan, we have to admit that the storyline of the film is totally different. Aamir’s Dangal is based on a life of an incredible wrestler Mahavir Phogat, while Salman’s Sultan was an underdog story. We hope that people will understand the difference. What say BollywoodLifers? Also Read - Independence Day 2022: Shah Rukh Khan, Aamir Khan and more Bollywood actors who were true 'Change-Makers' by redefining patriotism in THESE movies

Also what do you have to say about Salman’s reaction on Aamir’s Dangal. Share your comments in the box below..