And an advertisement there can expect nearly 1.5 million impressions each day.

Salman Khan will be next seen in the Kabir Khan directorial, Tubelight. The movie, set against the backdrop of the Indo-China war, has a man searching for his brother, who has gone missing in the war. From the music videos and trailer of the movie, it is clear that Salman has delivered a strong performance, that will move the audience to tears. Well, before that, fans of the actor in New York might shed a tear or two of happiness. The latest news is that posters of Tubelight are splashed across Times Square in New York. Also Read - Trending TV News Today: Reports of Indraneil Sengupta and Barkha Bisht living separately, Eijaz Khan, Arshi Khan on Bigg Boss 15 moving to OTT and more

Times Square is one of the biggest commercial intersections of the world. As per numbers estimated by the official website of Times Square, approximately 330,000 people pass through there on a daily basis. And if it is a busy day, the number is as high as 460,000 pedestrians. And an advertisement there can expect nearly 1.5 million impressions each day. Well, having a movie poster displayed there can certainly expect great exposure. As per reports, Tubelight is one of the first Bollywood movies to have its hoardings displayed across the stretch of Times Square. Also Read - Throwback: When Himesh Reshammiya talked about the importance of 'sticking to a camp' and thanked Salman Khan for support 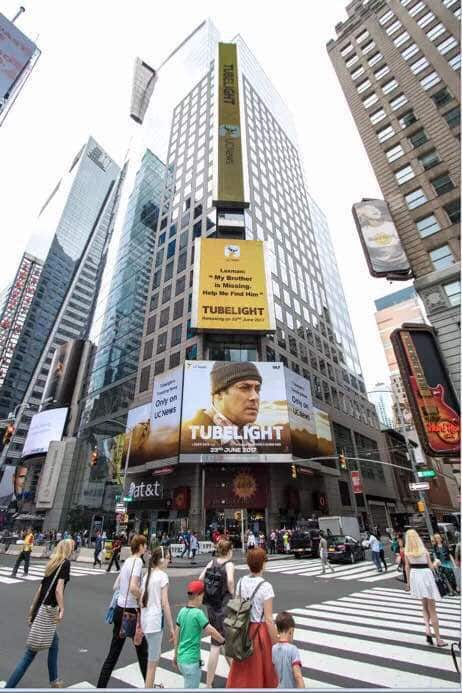 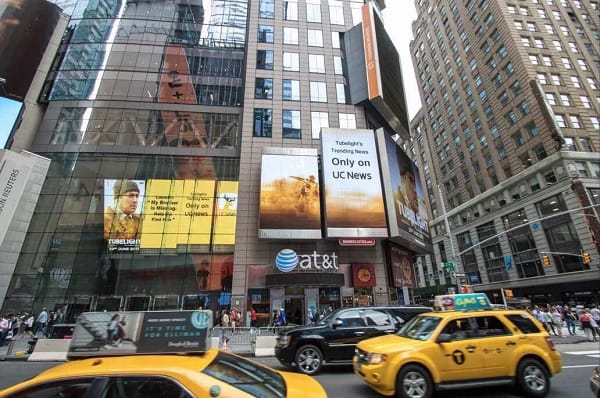 Salman has a huge fan following in USA as well, so certainly seeing hoardings with his face on it must be a treat for the eyes for New Yorkers, especially NRIs.

Back in August 2015, it was Priyanka Chopra, whose face was splashed across the Times Square, when the first season of her ABC thriller, Quantico, was about to be launched.

Well, Times Square better get ready. There is more of India coming their way.