Salman Rushdie attack: Kangana Ranaut, Javed Akhtar condemn the horrific attack on the writer of the Satanic Verses in New York. He is now on ventilator 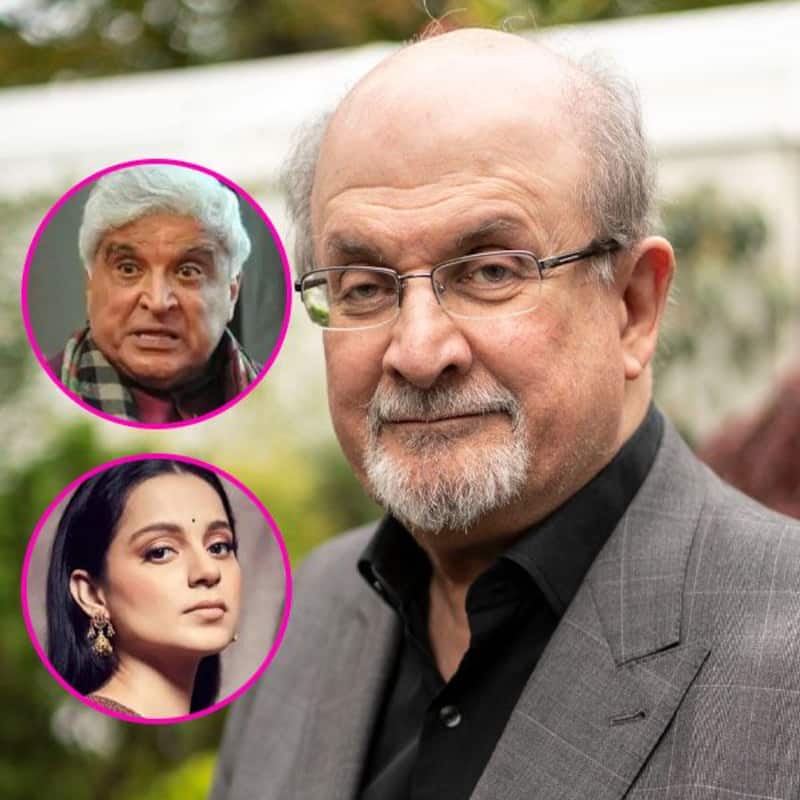 In a tragic and shocking turn of events, celebrated author Salman Rushdie got stabbed at a literary event in New York, US. It is being said that the 75-year-old writer could lose an eye. The cops have identified the attacker as Hadi Matar who is sympathetic to Shia extremism. The attack has damaged his nerves, liver and he has suffered head injuries too. His agent, Andrew Wylie in an email to AFP confirmed, "The news is not good. Salman will likely lose one eye; the nerves in his arm were severed; and his liver was stabbed and damaged." He is now on the ventilator in an hospital in the US. Also Read - Hema Malini's jibe at Kangana Ranaut involving Rakhi Sawant heavily slammed by netizens, 'Wow so much for classism' [Read Tweets]

Kangana Ranaut took to her Insta stories to condemn the attack. She wrote, "Another day another appalling act by jihadis. The Satanic Verses is one of the greatest books of its time... I am shaken beyond words. Appalling." Take a look at the screenshot below... Also Read - Bigg Boss 16 Latest Updates: Divya Agarwal hints at not doing Salman Khan's show; Haryanvi folk dancer Gori Nagori roped in by makers 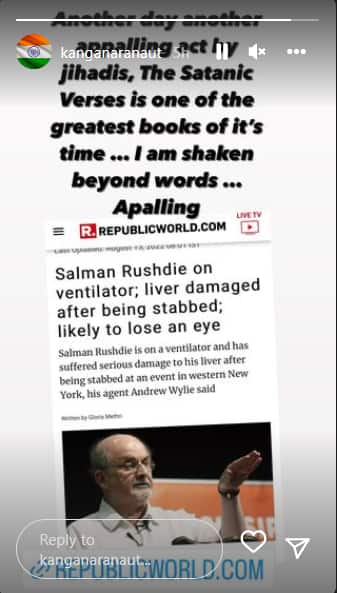 Also Read - Ponniyin Selvan: Aishwarya Rai Bachchan reveals Aaradhya got a special opportunity from Mani Ratnam, 'No body has got that chance before'

It seems a doctor in the audience gave his first aid medical care till medics airlifted him to the hospital. Salman Rushdie was immediately operated upon. Salman Rushdie who is of British and Indian origin has been living in the US for past 20 years. He has faced many threats for his 1988 book, The Satanic Verses. Many found the book disrespectful to the Prophet Mohammed.

I condemn the barbaric attack on Salman Rushdie by some fanatic . I hope that NY police and the court will take the strongest action possible against the attacker .

Salman Rushdie's work have been translated for onscreen adaptation as well. The author had a fatwa on him issued by the Iranian leader Ayatollah Ruhollah Khomeini. He spent a decade under police protection in the UK where he changed homes frequently as well. Since 2000, he is living in the United States.