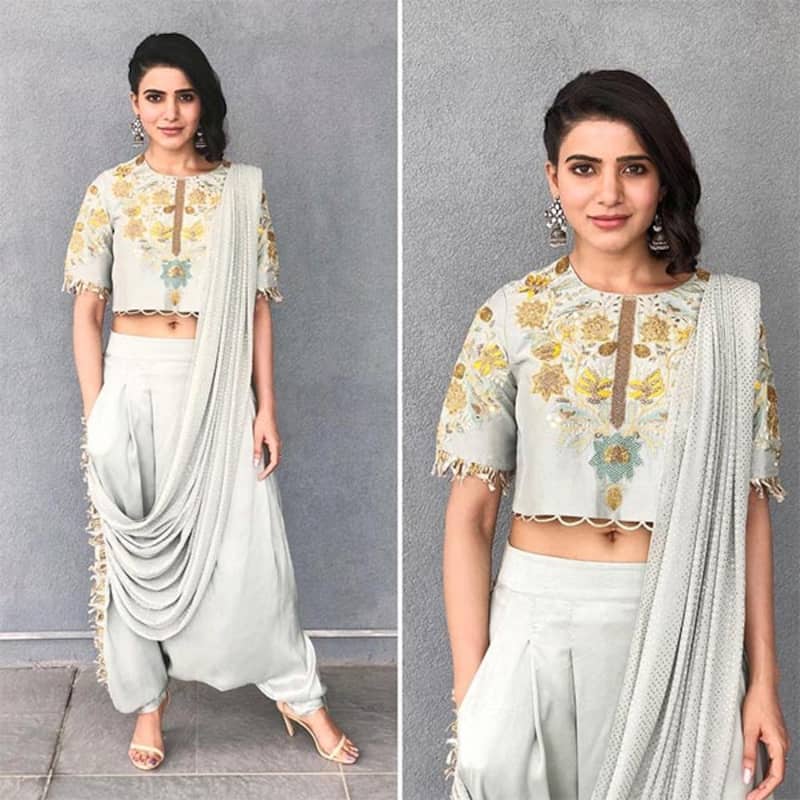 South star Samantha Ruth Prabhu surely knows how to strike a chord with her admirers. One of the most stylish diva in the South film industry, Samantha has always had a penchant to nail anything and everything unconventional. She has a great fashion sense and her uber cool outings with the help of ace stylist Amy Patel are proof. The talented actress is currently gearing up to shoot her next with beloved hubby Naga Chaitanya and we are damn excited to see their real chemistry turn into a reel one. One of the most successful actresses down South, Mrs Akkineni is always fashionably so inclined. She hates anything ordinary and is game for anything stylish that comes her way. Also Read: Samantha is playin’ it cool this Summer with her chic bob Also Read - The Immortal Ashwatthama: Vicky Kaushal and Samantha Ruth Prabhu's film back on track after the actor manifested it on KWK7 couch

Among the South actresses, Samantha has charmed her way into our hearts with that infectious smile and an obsession to stand out from the rest. In the fashion riddled industry where most of these beauties have undertaken the ardent task of being the constant fashionistas, Samantha silently does her thing, yet shines brighter than the rest. At an event in Hyderabad, she chose a style vibe that’s certainly worth emulating and oh-so-cool. Picking a Payal Singhal dhoti saree crop with statement jewellery, perfect makeup and oodles of charm, Samantha was all set to make heads turn at the store launch event. Rarely the one who misses her fashion ball, Samantha is known to up her style quotient every time she decides to step out. Sometime chic, sometimes hot, her style shenanigans keep changing every day, but have a similar long lasting effect on our mind. Also Read: Naga Chaitanya is afraid wifey Samantha won’t lend him any screen space in their comeback film Also Read - Top South Indian actors and their alleged extra-marital affairs that rocked the industry

Coming to her professional front, Samantha and Naga Chaitanya were last seen in Autonagar Surya. Their other two projects include – Manam, Ye Maaye Chesave. It was the latter that catapulted this couple to unimaginable heights. Sam-Chay became a thing after Gautham Menon’s film. That’s why when the two tied the knot last year, fans were thrilled that their on-screen favourite jodi was together for real now. It will be fun to see what they have in store this time. Also Read - Deepika Padukone, Samantha Ruth Prabhu and more celebrities who left fans worried with their health issues