Ranbir Kapoor graces the cover of a fashion magazine and reminds us of a similar look which had Ranveer Singh in the past. Check them out!

Sorry Ranbir but this was the first thing that struck us!

Looks like both Ranbir Kapoor and Ranveer Singh are caught between hot femme fatales on their respective covers! After a really really long time, Jr Kapoor finally featured on the cover of a magazine. While celebs usually take their release times as the best opportunities to grace mag covers so as to further promote their film. However, even for Tamasha, Ranbir did not bother to flash his sexy looks and be a photographer's muse. Well, gone is that caged period of Kapoor who is now all in for the eyes of media! Also Read - 5 times Shah Rukh Khan charmed us with his surprising cameos in these Bollywood films

Only yesterday did we share the behind the scenes video of Ranbir, who has been featured on Vogue India's September issue. And now we get to treat ourselves to this hot AF picture! Donning a shimmery Roberto Cavalli and Dior ensemble, Kapoor has worn the mad party hat as he is caught between two hot models. With the theme of this photoshoot going as an after party (for which we are invited, btw!), this cover is just the start of an unforgettable night! In the video, we saw Ranbir readying himself to flash some killer looks. However, it is the cover where we actually realise how much his gaze is beguiling! Also Read - Red lips, wet hair: Throwback to when Aishwarya Rai Bachchan turned into a seductress and wooed five men 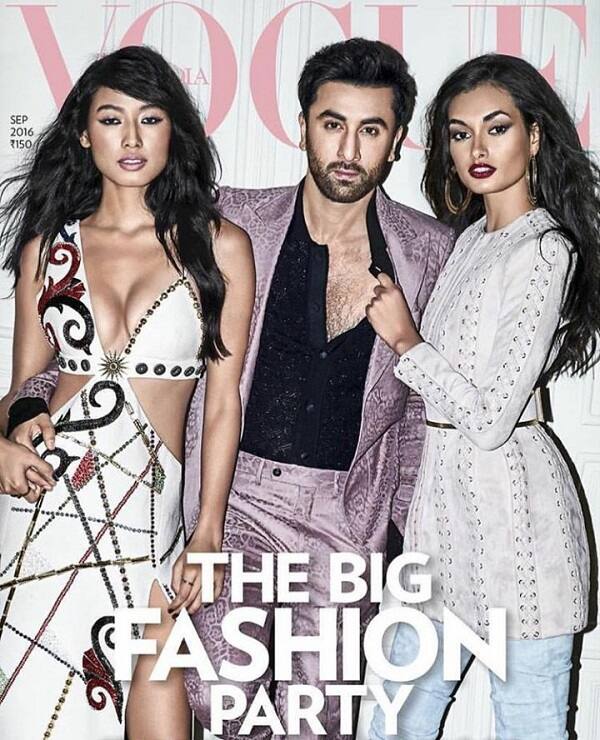 Also Read - Karan Johar to announce his next directorial venture with Ranveer Singh and Alia Bhatt tomorrow? This video suggests so

Any fan of the Ae Dil Hai Mushkil actor will easily fall for this cover and thank the heavens! You can see just how nonchalantly Kapoor is owning the cover with his swag as he makes it a point that people see his party animal side (we're waiting for the inside pics but our hopes are too high!). But as soon as we saw this poster, with a lot of thoughts regarding how hot he looks were the thoughts an actor pulling off a similar looking cover in the past. The actor is none other than Ranveer Singh! So I remember this cover very clearly as it was the first time I wrote about a magazine cover. Apart from that, Singh's party animal instincts were on a high in this photoshoot. Not just the magazine cover but even the inside pics had the actor on high spirits! This cover was Grazia magazine's December issue of the year 2015. 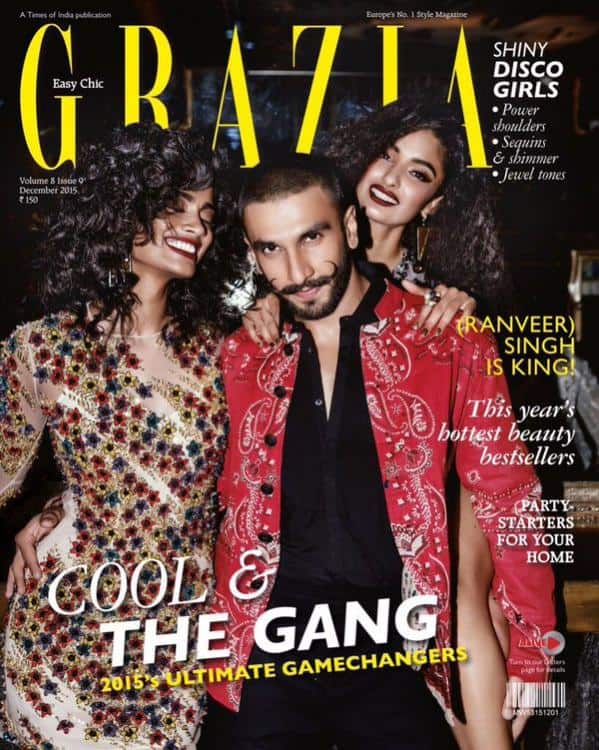 While the covers are distinct on various aspects, you still cannot deny just how similar they look, right? Give it a deeper thought. I know that since Ranbir and Ranveer share a rather rough past, all that is talks of history now. They are totally amicable and in fact, have even partied together. Perhaps that is how Kapoor drew inspiration from this social animal when shooting for this cover? Irrespective, we think they both look just as much as soothing to the eyes. You can see the massive contrast of background of both the covers. While Ranbir's party gives a yay to the light side, Singh's drifted to the dark side! (geddit? geddit? Okay, it was a Star Wars reference for those who didn't get it!).

What are your thoughts on Ranbir Kapoor's party animal side for Vogue India's cover? Shoot your thoughts in the comments section below! Also, stay tuned to this space for more gossips and latest updates right here at BollywoodLife!