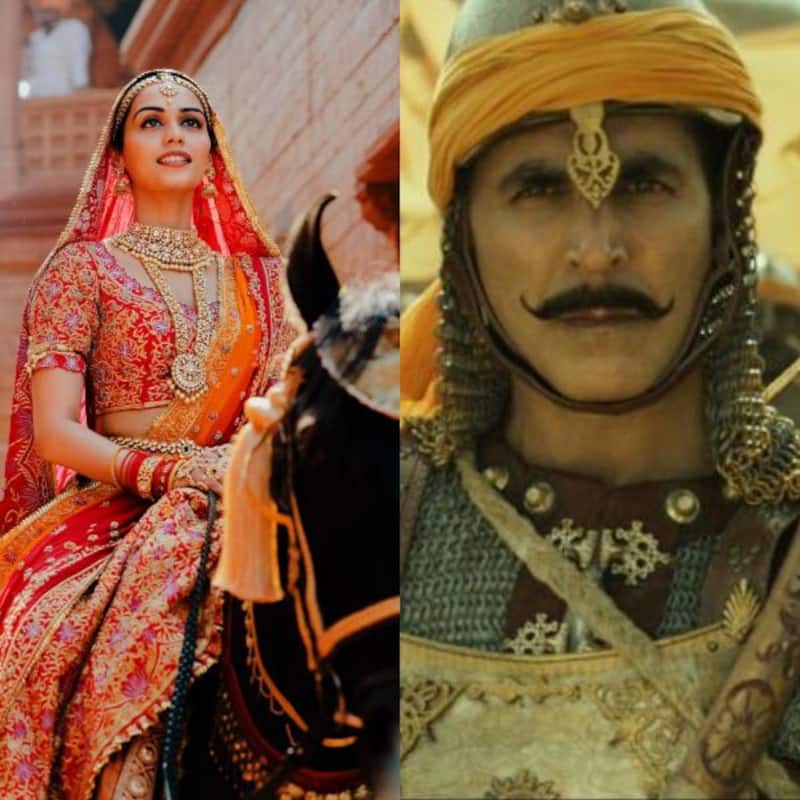 Akshay Kumar’s next is Yash Raj Films’ first historical, Prithviraj, which is based on the life and valour of the fearless and mighty King Prithviraj Chauhan. He is essaying the role of the legendary warrior who fought valiantly to protect India from the merciless invader Muhammad of Ghor in this visual spectacle. Erstwhile Miss World Manushi Chhillar is playing the role of Akshay Kumar aka Prithviraj’s beloved, Princess Sanyogita and all eyes are on her debut to see if she has what it takes to make it on the big screen. Also Read - Samantha Ruth Prabhu is gearing up to RULE Bollywood and give stiff competition to B-Town divas; here's how

Manushi Chhillar would take 3 hours to prep for this show

Apparently, there was a scene in Prithviraj, which would take her 3 hours to get ready for after being assisted by 25 people, comprising jewellery, hair, make-up, tailors and others. Elaborating on said sequence, Manushi Chhillar said, “So, the makeup would take 20 mins max because my director wanted to portray Princess Sanyogita as natural as possible and hair and costume would take hours. I would be the first one to enter the set, it would still be dark! For the wedding sequence, though it is a short one, it took a really long time for me to get ready! There was an army of people working on me to get me ready and look the way I do on screen.” We wonder how Akshay Kumar would remain patient given how he's known to dedicate not more than 40-42 days per movie and no more than 8-9 hours per shift. Also Read - Alia Bhatt, Ananya Panday, Varun Dhawan and more: Star kids who came under the spotlight for making dumb statements

Manushi added, “It was like someone putting ‘alta’ on my hands, someone is putting ‘alta’ on my feet, someone stitching my costume, someone fixing my hair, someone fixing my makeup, someone is putting jewellery on me. There were countless people trying to put layers and layers of clothes and jewellery on me. That took a while!. What I loved about the costumes of Prithviraj is that they kept it very authentic. But they were heavy, the jewellery was very heavy. There was a duppata for my Swayamvar which went on my head. It was really heavy and I had a proper head neck and upper back issue. I couldn’t keep my head straight. So, every time we would stop shooting for a scene, two people would come and lift the duppata so that the weight is not all on my head.” Also Read - Akshay Kumar to join politics soon? Raksha Bandhan actor BREAKS SILENCE