Samrat Prithviraj goof up: Fan spots Akshay Kumar's white chest hair; others say, 'A lesson on how to kill our historical icons'

Samrat Prithviraj: Akshay Kumar's white chest hair gets visible on screens; others unhappy with historical depiction say it is the murder of an icon 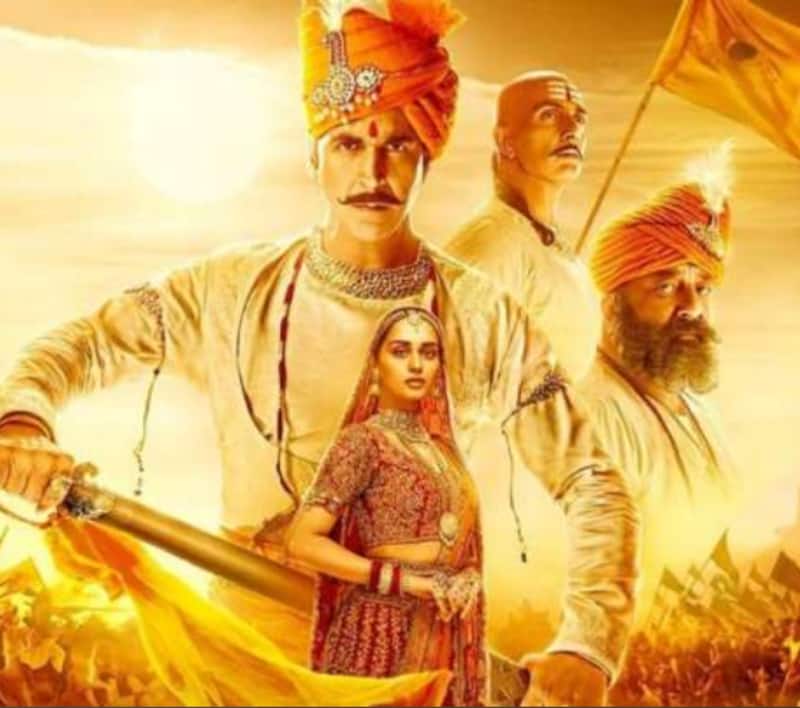 Samrat Prithviraj is now running in theatres and Akshay Kumar is back with his much awaited historical film. The movie is about the valiant Rajput King who defeated the Ghurid Army but was later executed by Mohammad Ghori. The technical aspects of the movie are being lauded but people have a lot of issues on why Akshay Kumar was cast for the role of an Emperor who died at the age of 26 when he is above 50. Also, the historical narrative of the film has not impressed people. The maximum criticism has come in for the look of Akshay Kumar. Also Read - Goodbye actress Rashmika Mandanna gave Amitabh Bachchan an adorable name on the sets, any guesses? [Exclusive]

A reviewer Sam Siddiqui has commented that the white chest hair of Akshay Kumar is visible in some of the scenes. We do not know how this is supposed to make us feel. Others are saying that the narrative of the movie is more like historical fan fiction. This is surprising because Dr Chandraprakash Dwivedi is known for his strong grasp on Indian history. Just check out some of the comments here... Also Read - Abhishek Bachchan to John Abraham: Actors who walked off angrily from the sets after being mocked

1. There were 10 people in the audience including us

2. Prithviraj had white chest hair when he died at the age of 26

6. Samyukta committed jauhar before the practice was born or maybe she created the practice?

8. The Ghurids apparently had Roman style colloseums where they strung people up on crosses and fed them to lions

The movie should be renamed “Prithviraj Chauhan ki Ichhapurti”
Whatever he couldn’t achieve while alive (including white chest hair) he did in this movie.

A lesson on how to kill our historical icons. Prithviraj Chauhan was a hero for most of us till the BJP came along. Now he is just another fallen soul killed in battle after numerous losses. Coloring history with the brush of communalism does not work

Samrat Prithviraj has got opening figures of Rs 11 crores. It is expected to get better. Madhya Pradesh, Uttar Pradesh and Rajasthan are leading the numbers. Akshay Kumar's performance is being liked though by the general public, and Manushi Chhillar is stunning. Also Read - Maja Ma movie review: Madhuri Dixit starrer impresses netizens; fans praise actress for her 'brave' and 'powerful' performance