Samrat Prithviraj star Akshay Kumar opens up about his infamous interview with PM Narendra Modi: 'It's not my job to...'

Back in 2019, Akshay Kumar asked PM Narendra Modi if he liked eating mangoes, showed him some memes, his non-political family background and his journey of becoming the PM. 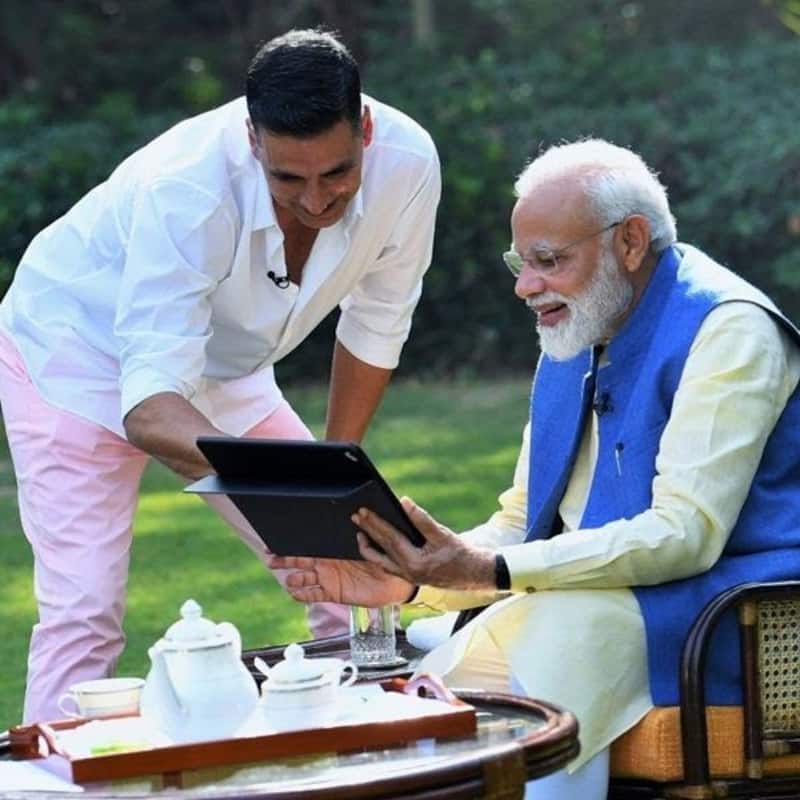 Back in 2019, Akshay Kumar sitting down for an interview with Prime Minister Narendra Modi had raised a lot of questions. During his interaction, the Samrat Prithviraj star asked PM Modi if he liked eating mangoes, showed him some memes, his non-political family background and his journey of becoming the PM. In a new interview, Akshay said that he interviewed Modi as a common man stating that it is not his job to question him about his policies. Also Read - Suniel Shetty extends support to Akshay Kumar-Aamir Khan amidst the 'boycott trend' against Raksha Bandhan and Laal Singh Chaddha

"As a common man, I just wanted to know ki why does our PM wear his watch the way he does? I just wanted to know it. Voh mera kaam thodi hai ki main policies ke baare mein puchu. Ki aapne yeh kyu kiya, voh kyu kiya. It all looks fake, if I would do that. I just wanted to ask him very simple straight questions. And that’s it," Akshay told ANI. Also Read - Raksha Bandhan movie screening: Rupali Ganguly, Sunny Kaushal with mom-dad and more celebs attend the private preview of Akshay Kumar's film

Speaking about receiving the opportunity to have a sit-down interview with PM Modi, Akshay added, "I was a little bit nervous. But then after I started talking to him, he made me not feel nervous at all. After that, everything was just flowing. I was just enjoying myself.” Also Read - Raksha Bandhan vs Laal Singh Chaddha clash: Akshay Kumar reacts to the big box office battle

#WATCH | As a common man, I just wanted to ask him (PM Narendra Modi) very simple, straight questions. It is not my work to ask about the policies, what he is doing and what not... I was honoured to sit with him and talk to him: Actor Akshay Kumar on his interview with PM Modi pic.twitter.com/QiOkCFG2hO

On the work front, Akshay is currently awaiting the release of his upcoming film Samrat Prithviraj, which also stars Sanjay Dutt, Sonu Sood among others and it also marks the debut of former Miss World Manushi Chhillar into Bollywood. The film, a YRF production, is set to release on June 3 in Hindi, Tamil and Telugu.