Sanah Kapoor was scared to work with brother Shahid Kapoor! 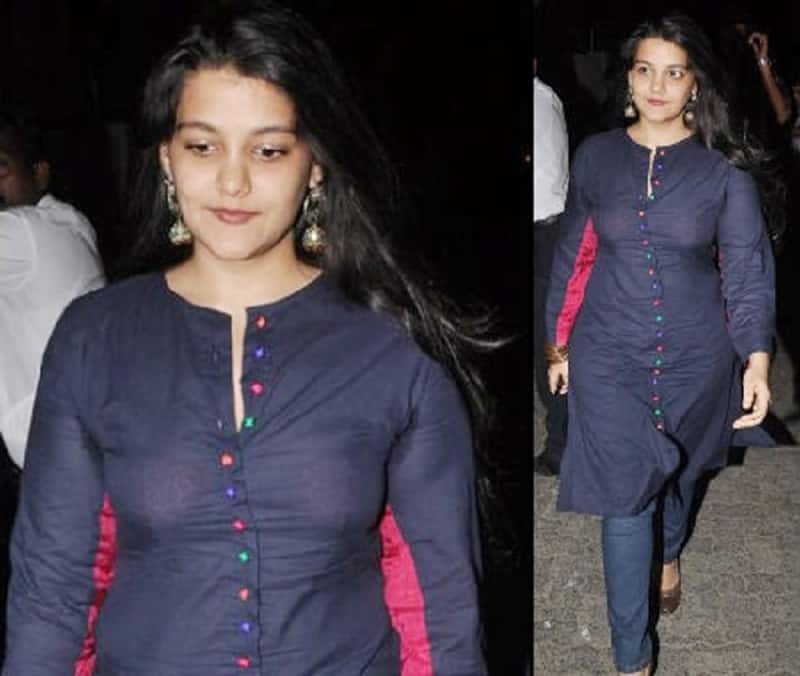 Sanah is daughter of Supriya Pathak and Pankaj Kapur, the new entrant in the list of star kids, and the young actress is aware of the pressure which comes with the tag...

She will be seen sharing screen space with father Pankaj Kapoor and brother Shahid in her debut film Shaandaar, but newbie Sanah says it was her dad who intimidated her more than the Haider star. "More than Shahid, it was my father who was more intimidating. He is one of the best actors we have in the country, so when I got to know that I would be working with him I was of course a little scared. There was a pressure," Sanah said. "But I knew, with my father and brother around me, I had a safety blanket. You automatically feel comfortable when you know your family is around," she added. The young Indian actress, who is seen shaking a leg with Shahid and co-star Alia Bhatt on the Amit Trivedi-composed track Gulabo, was initially scared to perform with her brother, who is known for his excellent dancing skills. "I was very nervous on the first day. But the atmosphere of the song was such that once the camera started rolling, I wasn't his sister, nor he was my brother. We both were playing character and what followed was pure fun, as is evident in the song." In the Vikas Bahl directed romantic-comedy, Sanah will be seen essaying the role of Alia's sister and the two hit off instantly." Alia is amazing, very supportive and extremely sweet. Our chemistry was so natural, it was just free flowing. We felt like real life sisters together," she said. Sanah, daughter of Supriya Pathak and Pankaj Kapur, the new entrant in the list of star kids, but the young actress is aware of the pressure which comes with the tag. "While auditioning, I didn't tell anyone who my parents were. If you are talented and passionate, then you will get work. I didn't start my film career as the main lead, nor used my celebrity status." "Because I come from a film family, I am aware that people expect more from me. So the pressure is there but everyone has their own experiences..." With Shaandaar releasing on October 22, Sanah is set to embark on her career, although without any self imposed restrictions on the choice of roles. "There are no do's and dont's. I want to choose good scripts and work in good films. There are no restrictions from my family either. They have been very supportive and want me to do well." Also Read - Ranveer Singh as Deaemon Targaryen, Deepika Padukone as Rhaenyra Targaryen and more Bollywood stars perfect for the desi version of House of the Dragon