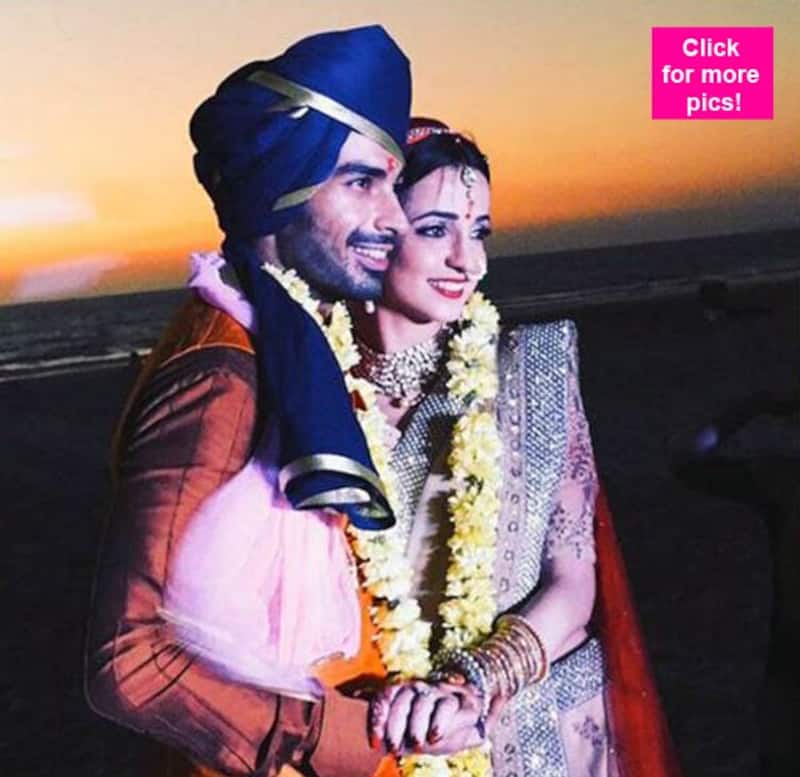 People, raise a toast to Mr and Mrs. Mohit Sehgal!

Adored by millions of fans across the world and voted as the second sexiest Asian woman in the world, Sanaya Irani was born to rule hearts. We loved her as Khushi Kumari Gupta in Iss Pyaar Ko Kya Naam Doon and as Paro in Rangrasiya, so it is indeed a special moment to see Sanaya tie the knot with her beau, Mohit Sehgal. Also Read - Duranga web series review: Gulshan Devaiah and Drashti Dhami are top notch in this layered thriller where we guess who's the psycho

Here are some of the details of the wedding that took place in Planet Hollywood Beach Resort in Goa. Sanaya looked resplendent in a gold lehenga teamed with a red veil. A bright red lip added a splash of colour. She also wore gajra in her hair. A true-blue serial bahu, we say! Also Read - Aarambh, Prithvi Vallabh, Chandrakanta and other big budget TV shows that flopped on the TRP charts

A special stage was set up on the private beach that adjoins the hotel. The rituals got completed quite fast. Everyone reportedly remarked that Sanaya’s mehendi was quite dark. As per buzz, everyone got quite emotional when Mohit put the sindoor and mangalsutra on Sanaya. Another highlight was the saat phere. In normal situations, the wife walks behind the husband. However, here, they walked together round the fire holding hands. Everyone cheered them and showered their blessings on the couple. Apparently, Barun Sobti felt the heat and went inside quickly. Also Read - Mohit Raina, Ridhi Dogra, Drashti Dhami, Barun Sobti and other TV stars whose marvelous performances on OTT shows left their fans STUNNED [View Pics]

The actress’ bestie Drashti Dhami donned a white shirt with a patterned blouse at the do. She kept her makeup minimal and wore oversized shades to beat the heat. Gold seemed to be a favourite colour as Riddhi Dogra also wore a dull gold saree with a ruby necklace.