Sania Mirza and Shoaib Malik gave up divorce decision for THIS reason? 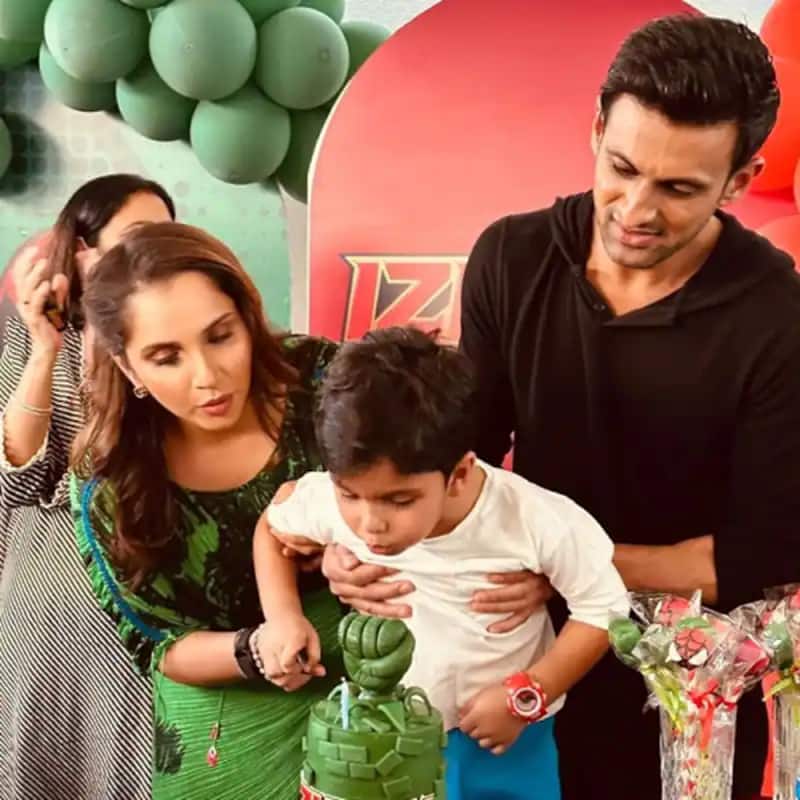 For a few days, Sania Mirza has been hitting headlines due to the rumours of getting separated from Pakistani cricketer husband Shoaib Malik. It was claimed by many Pakistani media that Sania and Shoaib are heading for a divorce due to his cheating on her. While May's entertainment portal even claimed that they are officially divorced based on their close friend behind the source. But seems like now the couple is giving a second chance to their marriage and the reason behind it is their son Izhaan Mirza Malik. Also Read - Sania Mirza-Shoaib Malik divorce to Sonakshi Sinha engagement: These celeb publicity stunts left fans disgusted

Amid their divorce rumours, Sania and Shoaib even announced hosting a show together and leaving their fans confused. And now Bollywood life is learnt that the couple has given up the thought of getting separated for their son Izhaan. Sania always wanted a happy family and hence she is known that to make one, one must look over many things. Sania has always been this family girl; she immensely loves her son Izhaan and never wants him long for anything, which is why she gives her 100 per cent to make him happy. Also Read - Sania Mirza and Shoaib Malik divorce: Is this why the couple haven't broken silence as yet?

ALSO READ: Sania Mirza and Shoaib Malik put an end to divorce rumour; will be seen together on The Mirza Malik Show Also Read - Sania Mirza-Shoaib Malik, Charu Asopa-Rajeev Sen and more celebrities who split when their kids were young

The source further adds, " Sania and Shoaib are the most mature couple and are working on their marriage for now. Everyone's marriage goes through a rough patch and if one feels that it can be worked in that why not give it a second chance? ". Sania has been focusing her professional growth amid these speculations f her marriage going through rocks. She was seen attending an event in Dubai just a few days ago and even shared the entire video of her on her Instagram profile. While Sania's one Instagram story ignited her divorce rumour with hubby Shoaib Malik where he shared a quote that read, " Where do broken hearts". But seems like all is well between the couple. Sania and Shoaib have ben married for 12 years now.