Sanjay Dutt: Back to making us laugh... 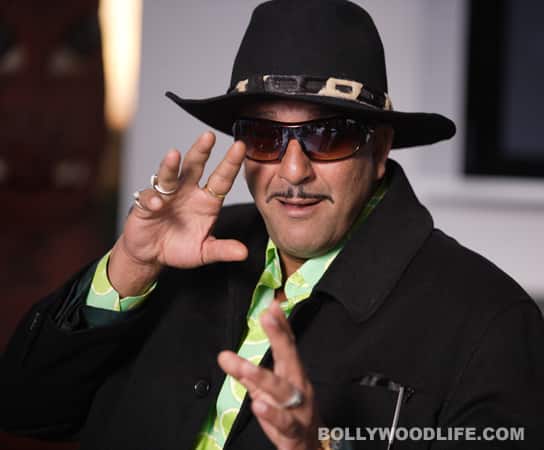 The Chatur Singh Two Star actor gets talking about his wig, doing Agneepath and what keeps him going after three decades in the industry

You’ve seen Sanjay Dutt in Chatur Singh Two Star promos? And you’ve seen him at the airport with his wife and kids? He has a thick head of hair and a moustache in the first scenario, but a bandanna-covered bald head and no facial fuzz in the second. How did he do that? “The hair and the moustache, they are both fake,” he revealed recently. Yes, we knew they were fake, but what surprised us was that Sanju baba actually admitted it. How many stars do you know who would? Also Read - Laal Singh Chaddha: Here's how Naga Chaitanya came on board the Aamir Khan, Kareena Kapoor Khan film

That’s why when he says he didn’t fight with Salman Khan, when he insists that he does not believe in doing such publicity stunts, when he tells you that the whole industry is one family and he loves all its members, you are willing to suspend any disbelief. And when he jokes, “I am not chatur (clever) at all in real life. That’s why I am always in trouble,” you give him the benefit of the doubt and laugh along. Also Read - Amidst divorce rumours with Naga Chaitanya; Samantha Ruth Prabhu says 'YES' to work with a newcomer

In fact, we have laughed several times watching Sanjay’s antics on screen. After three decades in the industry, there is hardly any genre that he hasn’t done yet. Comedy is one he excels in. Chatur Singh Two Star is not the first comedy Sanjay has been a part of, but that doesn’t make it any less difficult to do it, he explains. “Comedy is a difficult genre,” he says. “It is a give-and-take situation. It depends on your co-star’s reaction too. In Munna Bhai, it was Arshad. His Circuit is an important part of Munna Bhai. In Chatur Singh, I have Anupam Kher, Satish Kaushik and Suresh Menon. Their comic timing is very important.” Also Read - Amidst Samantha Ruth Prabhu and Naga Chaitanya's divorce rumours; ChaySam nail 'How well do we know each other' challenge – watch video

Chatur Singh also marks Sanjay’s return to the mike. “I’ve sung two songs in the film. First when they asked me to sing one song, I agreed. That was Sing sing sing, Chatur Singh. Then I sang the second one Murga anda denge. (That will roll during the end credits.) It was fun to do both songs.”

Sanjay is also busy shooting for Agneepath nowadays. The actor plays the villain Kancha Cheena in this remake. "Doing the action in Agneepath was as much of a challenge as doing comedy in Chatur Singh. We shot it in Diu at 45 degrees Celsius. I was wearing this prosthetic makeup to make me look bald, and it was so hot that it would melt in just a couple of hours. That's when I decided to shave my head," he reveals.

When a guy has done practically everything, you do wonder: what keeps him going? He smiles. “Great scripts keep me going,” he says. “I have done everything, thrillers, comedy, action, drama - these are the genres that will be there all the time. It is how it is twisted and turned when the script is being written.” And there is the shift he’s making to production. “I am a different kind of producer. My name is there as a producer, but I have people working for me. I can’t squeeze people for money. In my unit, the spot boy and the light boy will eat the same food I eat. I can’t differentiate and save money on food. I believe in equality, because they are also human beings. And they work the hardest. So when I become a full-fledged producer, the spot boys will eat first. They won’t be the last. They can then serve the artistes and the others.” But Maanayata is not helping him in this. “Maanayata has got nothing to do with the production. It’s a misunderstanding that she’s helping out with the production. She is a simple housewife with two kids to look after. That’s a big responsibility,” he says. We agree.