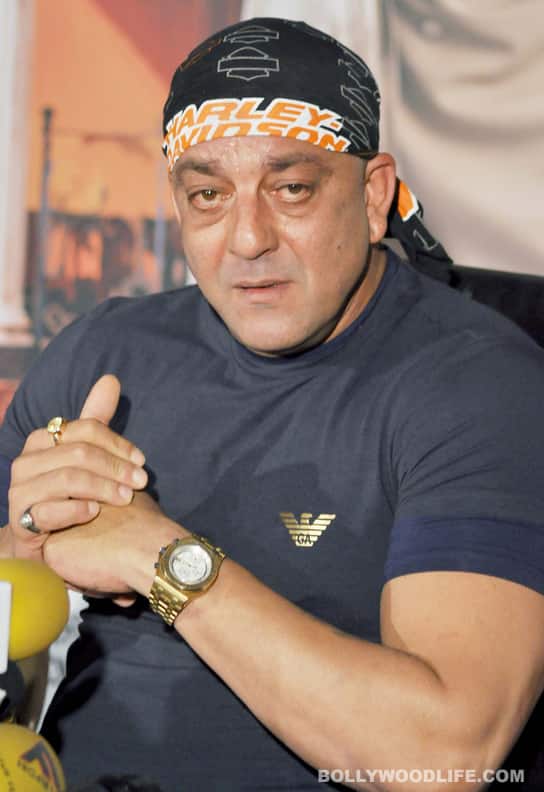 He claims he is not all that chatur (clever), but after 30 years in the industry, Sanjay Dutt is not naïve either. The Chatur Singh Two Star actor recently cleared the air on quite a few controversial subjects – including the Munna Bhai debate. When he was quizzed about the buzz that Aamir Khan will be taking over his role in the Munna Bhai franchise, he denied any knowledge of it. “I am hearing this from you. As far as I know, I am still Munna Bhai.” Hmmm...Isn’t that interesting! He also said the two Munna Bhai films are his only comic roles that he can watch over again. When asked who he thought could do a good job of playing the ‘don with a heart’, he insisted that only he could do it. So is he taking panga with Aamir after fighting with Salman Khan? Apparently not. No, not the Aamir fight, we meant the fight with Salman. Sanju baba made it clear that he and the Bodyguard star did not fight at Maanayata Dutt’s birthday party, as was reported. “Salman is my younger brother. During the party we went to the garage to talk, and that’s when you guys decided we fought. We did not fight.” We hear you, Sanjay. Loud and clear. But do we believe you? Err… Also Read - Here's why Nagarjuna became emotional for his son Naga Chaitanya when he hosted dinner for his Laal Singh Chaddha co-actor Aamir Khan