Sanjay Dutt on Kriti Sanon: She could easily be my 309th girlfriend

Kriti Sanon, Sanjay Dutt, and director Ashutosh Gowariker had been on The Kapil Sharma Show to promote their upcoming film Panipat. Sanjay Dutt had spoken about his co-star Kriti and said that he was so impressed with her that he could easily make her his 309th girlfriend 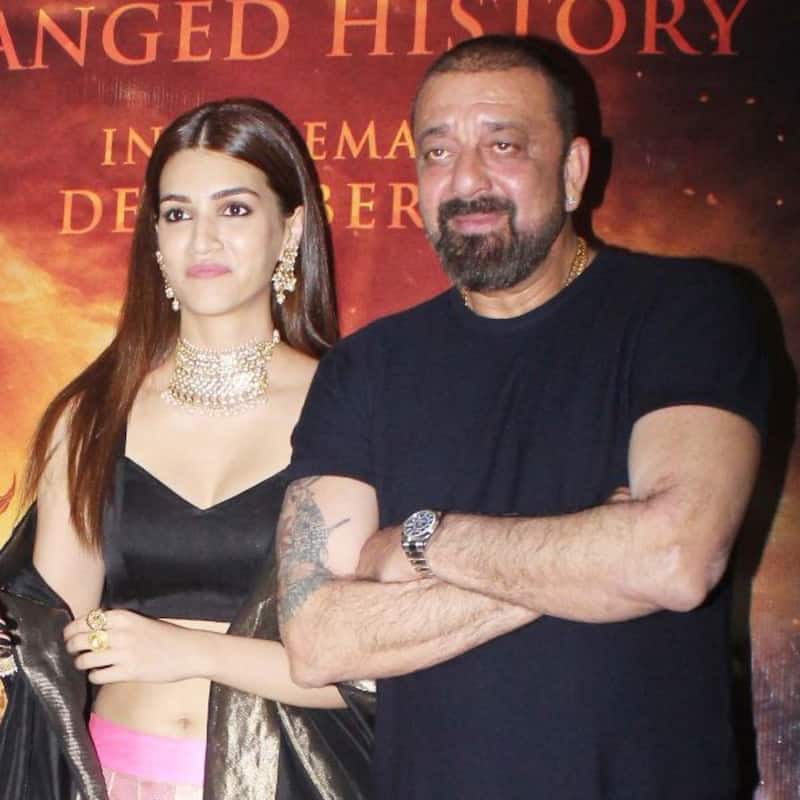 Arjun Kapoor, Kriti Sanon, and Sanjay Dutt starrer Panipat is one of the most awaited films of the year. The film has been in the news for a long time now due to all the controversies it has been surrounded by. The lead actors and the director Ashutosh Gowariker have left no stone unturned in the promotion of the film. Recently, Kriti Sanon, Sanjay Dutt, and director Ashutosh Gowariker had been on The Kapil Sharma Show to promote their upcoming film Panipat. They had lots of fun on the show and a lot of things were revealed. It was one of the most entertaining episodes of The Kapil Sharma Show. Also Read - Koffee With Karan 7: Vicky Kaushal-Sidharth Malhotra, Aamir Khan-Kareena Kapoor and more – which was the least entertaining episode so far? VOTE NOW

During the show, Sanjay Dutt revealed his dark past and shared how he suffered when he was in jail and the struggle he had to go through to reduce his prison term. In the Ranbir Kapoor starrer Sanju, it was revealed that Sanjay Dutt had 308 girlfriends and on the same lines Kapil Sharma asked the actor a question. Sanjay Dutt had a hilarious reply to this. He said that he still has to keep a count on his girlfriends as his journey is still going on. He also spoke about his Panipat co-star Kriti Sanon and said that he was so impressed with her that he could easily make her his 309th girlfriend. Well, Sanju Baba surely has the best sense of humour. Talking about Panipat, the film recently got clearance for the December 6 release by the Bombay High Court after the renowned Marathi author Vishwas Patil had filed a lawsuit against the film. However, earlier, Ashutosh Gowariker had denied using content from Vishwas Patil's book and said that he never takes content from novels while making a historical film and his film is based on historian and author TS Shejwalkar’s book. The Arjun Kapoor and Kriti Sanon starrer is based on the third battle of Panipat that took place between the Marathas and the army of Afghan king Abdul Shah Abdali. Also Read - After Arjun Kapoor, Darlings actor Vijay Varma says boycott culture 'has just gone a bit overboard now'

Panipat: Bombay HC refuses to grant relief in a plea by Marathi author Vishwas Patil against the film